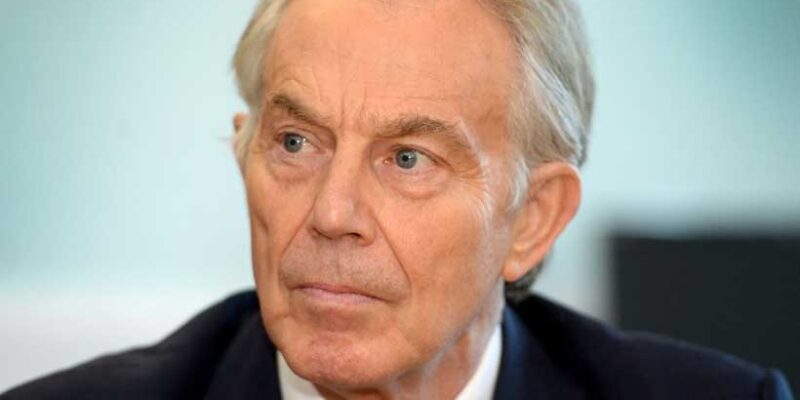 Tony Blair is to be knighted with the highest possible ranking in the new year honours list, Buckingham Palace has said.

Sir Tony, who held the keys to No 10 between 1997 and 2007, will be appointed a Knight Companion of the Most Noble Order of the Garter, the oldest and most senior British Order of Chivalry.

Tony Blair caused irreparable damage to both the constitution of the United Kingdom and to the very fabric of the nation’s society. He was personally responsible for causing the death of countless innocent, civilian lives and servicement in various conflicts. For this alone he should be held accountable for war crimes.

Tony Blair is the least deserving person of any public honour, particularly anything awarded by Her Majesty the Queen.

We petition the Prime Minister to petition Her Majesty to have this honour removed. 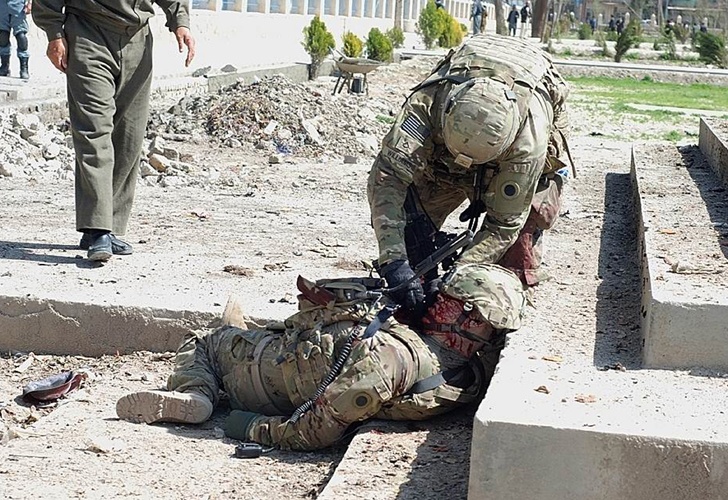 I don’t get it. All Tony did was use lies to achieve mass murder. It’s not like he defended White People from attacked, or said no to jews a single time. 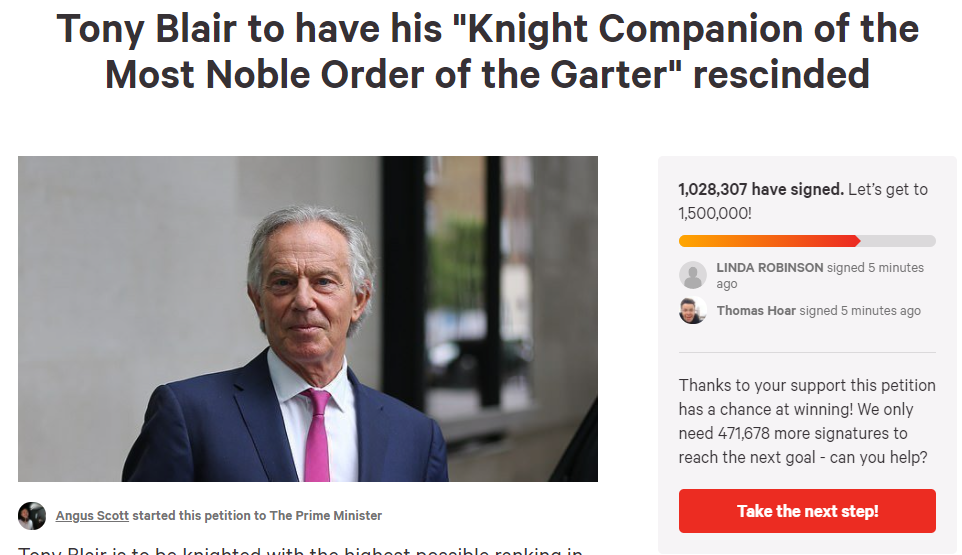 Impressively they’ve already gotten over 1 million signatures. Their blurb about him being a war criminal, while not going quite far enough, is fairly decent. The top two comments are quite good.

As long as people like Blair get honoured, this whole system dishonours us.

He lied about WMD and should be tried as a war criminal. His policies have done irreparable damage to Britain. 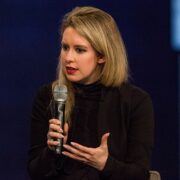 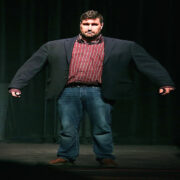