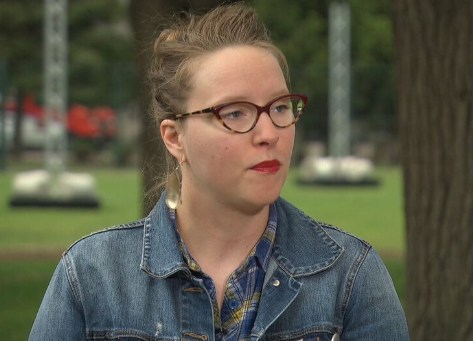 It’s been too long since our last installment, but today we wrap up the total failure in the chain of command with a little feminist inspired freakout. As always, the quotation blocks are my additions, the rest is from the source.

B. Fear and Loathing at the Royal Military College 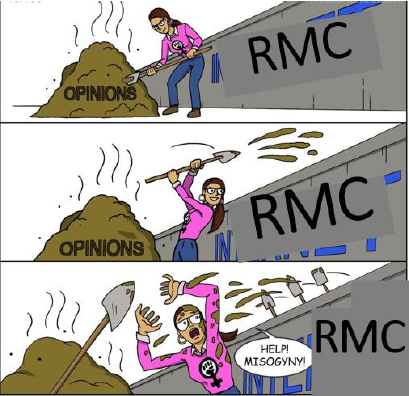 Back in 2015 or thereabouts, there was a furious fervour happening at the Royal Military College (RMC) in Kingston. For the unaware, RMC is the CAF’s primary officer training hive, and the term college is misleading as it actually functions at a university level. At that time, all sorts of allegations and charges and investigations were happening around the subject of sexual assault, misconduct, and harassment. Some CAF members who I have spoken to were there at that time, and confirmed that there were and had been quite a few accusations made, investigations conducted, and charges laid. Was there more nefarious activity than had been the historical norm? Who knows, but the leadership of RMC, along with the CAF in general, were in hot water and needed to make it look like they were doing something. As is a common answer in the land of uniforms, more briefings was the answer! RMC stepped up the focus on briefings on these subjects.

A rather high-profile activist on the subject, Julie Lalonde, was brought in to deliver a set of related briefings focused on consent to the students, as divided by the year (1st year students in one group, 2nd year in another group, etc). As corroborated by the then-students I spoke to, her very first words were to totally dismiss the possibility of sexual misconduct etc against males, and she then proceeded to, in other words, target them as implied guilty parties by virtue of existing. What did she hope to achieve by doing this to an audience which was probably 80% male? At best, one would expect them to then turn off their brains and wait for such a briefing to end. Interestingly enough, the female students in several of the groups apparently began throwing Ms Lalonde’s own one-sidedness back at her, which surely must have caused some rage. I suppose the males understood (correctly!) that even breathing the wrong way would have made pariahs of them. This didn’t go so well, and Ms Lalonde quickly took to social media afterwards to screech about her experience:

“What I experienced at RMC was hostility that was palpable. You could walk into that room and feel the tension. I really feel like … I was set up by the institution.”

The bold is mine, and I think it’s hilarious that the normal girls weren’t having anything of this feminist cunt (but I repeat myself) and her bullshit. I’ve had similar experiences myself, which always made me question the redpilled manletsphere narrative of feminism being something that is actually popular and not just astroturfed from on high.

Nevertheless, Julie Lalonde looks exactly how you’d expect, and A. Nonymous and the military men at RMC are far from the only people to have something nasty to say about her. A DuckDuckGo search found a page calling her a crazy feminist as one of the top results. And I didn’t search anything other than “Julie Lalonde”.

Were I to conduct a briefing to students of Chinese military colleges on the evils of eating dogs, while implicitly blaming each attendee as an assumed guilty party, would I not also reasonably expect some tension? Seriously, did she not expect some hostility when she herself brought a bag of it? The following, I think, is a good summary of the problem:

“Probably half the time I was there (it) was them very aggressively arguing that alcohol-facilitated sexual assault is not a problem, it’s women making poor choices,” Lalonde said. “They were unbelievable. Literally getting up, clapping, cheering when someone would insult me.“ 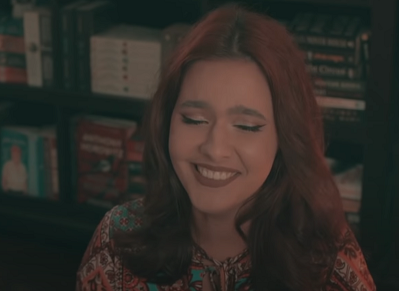 Once again the bold and the laugh react are mine. I just thought that was too funny to let go.

A discussion on something as serious as sexual misconduct etc should probably be a two-way street, otherwise it’s not much of a discussion at all. Let’s take an analogy: If you left a computer on the seat of your (locked) car, and came back to find the window broken and the computer gone, who would be to blame? Obviously, the scoundrel who stole it is to blame, but could you have possibly protected yourself by making different decisions? Of course, you could have brought the computer with you, thrown a blanket over it, or a myriad of other, better choices, none of which change your status as the victim. So it is, sort of, with the topic of these presentations. As per above, maybe (definitely) there is room for improvement in the drunken-harassment world, but it would be nonsense to discard a discussion on how the other party might best protect themselves against it. But toxic neo-feminism is having none of that, as acknowledging the reality of an imperfect world implies taking responsibility for oneself instead of blaming the nearest penis. 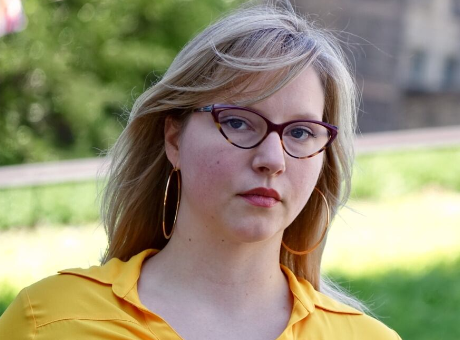 I would say an even better analogy would be the military itself. Imagine if someone didn’t do proper scouting, failed somewhere in the logistics chain, or did any number of other blunders, and then turned around and said “why are you getting mad at me and not the enemy military we’re fighting against. You’re just victim blaming.”

Well you would probably say that person is pretty retarded, and while I don’t mean to trivialize anyone who is the victim of a violent crime, when we dip into alcohol related regret rape it starts to be a pretty fine line to walk here.

Ms Lalonde obviously wasn’t happy with the outcome. She alleges that some of the students cat-called or otherwise made untoward comments and gestures. The alumni I spoke to deny this as true, so I am not going to assume authenticity of either account in this regard. Of course, RMC and the CAF at large embraced tradition for once and bungled their response, by demanding first that Ms Lalonde prove it, then by apologizing later. Subsequently this event contributed to the oft-maligned Op Honour which came out shortly afterwards, seeking to address sexual misconduct CAF-wide. It is worth noting that none of the CoC were actually present for the briefing, which is a rather stupid mistake. Maybe the CoC were wasting time with their own briefing, who knows.

How is this related to CoC, then? As mentioned in the article, the whole thing was set to fail from the beginning. RMC leadership had selected a presenter with an axe to grind, and set her against a mainly-male audience, all on a Saturday. As an explainer, RMC students have generally strenuous weeks, so those weekends which they have free of other activities are considered quite precious. By taking away a Saturday (as decided by RMC) to pit Ms Lalonde against them, there was hostility pre-made even regardless of the topic of conversation. What about afterwards? According to the students I spoke with, since Ms Lalonde went public about how those evil RMC students had treated her so poorly, those at the institution began implicitly punishing the entire student body, and doubled down on even more briefings. Certainly they needed to account for the fact that Ms Lalonde might not have been exaggerating, but assuming their own people guilty, as the CAF now does as an institutional policy on sexual misconduct et al, is a knife in the back of their own members (another tradition of theirs). The Julie Lalonde saga, of course, is one of many related incidents and contributing factors, but has been selected as one of the more noteworthy ones.

As per source 3 of this section, the CAF assumes victim status of anyone who reports that they have been the victim of sexual misconduct. It is written right in the source document, where the term victim is used throughout, in spite of the fact that innocence (of the accused) is supposed to be assumed until proved otherwise, at least in any legal framework worth respecting. Furthermore, according to section 6.3 of the source document, the burden of evidence is a balance of probabilities (as per civil law) rather than proof beyond a reasonable doubt (criminal law). This makes it far easier to convict someone, and the former is used in things like property disputes, whereas the latter applies to things like murder. Which one do you think applies to sexual misconduct more appropriately? While neither approach is perfect in the case of something like sexual misconduct, the civil law approach is quite a poor choice in something with such severe consequences for those convicted, especially given the general lack of concrete evidence in such cases. This, combined with the CAF’s explicit prioritization of all things female, could reasonably ensure that male CAF members view both women and their CoC as enemies who will condemn them with nothing more than a show trial should something occur.

To be absolutely and completely clear, neither this paper nor the author takes any stance regarding sexual misconduct other than explicit and profound condemnation of the action. Rather, this is a criticism of the CAF for failing to uphold ethical and established legal principles when dealing with such a serious aberration, and subsequently failing to stand up for both the truth and the interests of its own members in the face of the easy route called social justice.

Once again thanks to A. Nonymous for that great piece. We’ll get to the third and final part shortly. As for this piece, I have quite a few thoughts to share.

First of all, it’s sort of amazing how fast feminism disappeared. In 2015, just seven years ago, it was as astroturfed as ever, with the blue haired SJW loser being a staple on college campuses all over the nation, and rape hoaxes, like the University of Virginia rape slander, were fresh in everyone’s minds, what with being less than a year old at this point. Gamergate was the previous year, and Anita Sarkeesian was still a relevant political figure, constantly whining about how video games were really misogynistic and bad because of hetero White Men. And then these people just vanished off the face of the earth.

I think them finally doing something good, oven’ing a lot of (((Hollywood types))) like Harvey Weinstein, made their owners realize that they needed some new golems. Blowing their wads with some obviously fake rape slanders certainly didn’t help. The red-haired losers are still around, but they’re not doing feminism anymore.

But that’s not really germaine to this article, because in 2015 they were still going strong, and the Globo Homo Enjoyers running the Canadian Armed Forces saw fit to bring one of these crazy catladies on campus, ruin everyone’s weekend, and start borderline accusing all the men of being rapists. She then probably slandered them by saying they catcalled her, and the CAF initially demanded she show proof, before cucking and apologizing to her anyway.

No, it really isn’t difficult to see why the peasants in the military have a dwindling faith in their higher ups to have their backs. 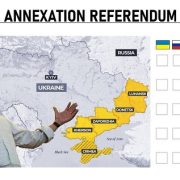