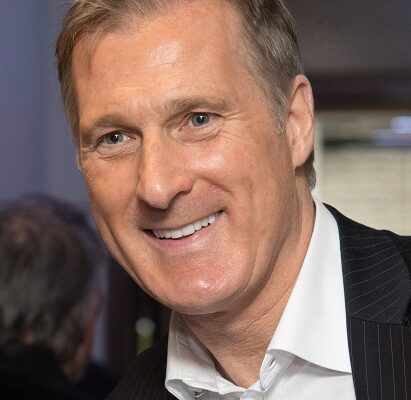 I just finished writing up the latest FinkleThink on the Residential Schoolocaust. It basically amounts to “us Cuckservatives are really mad about Trudeau not taking this fake holiday seriously enough.” Well I decided to see what the voice of the people, Maxime Bernier’s People’s Party of Canada had to say about this.

Oh my god. Yes, that’s it. Leftists are the REAL fascists. Finally someone had the courage to say it. People promoting racial discrimination against White People, the burning of churches, child trannies, all these people are the REAL fascists, because they believe in collectivism. Us non-fascists don’t believe in collectivism. We believe that trillion dollar multinational corporations have the god given right to abuse and censor average everyday people. But if those people fight back, well that’s just leftist fascism right there. Open and shut case, goy.

Now, before I go any further, I need to point out that both of these tweets of Bernier’s are retweets. Well I suppose I should first point out that Bernier still has a twatter account in the first place, but beyond that he’s retweeting himself. Only he’s not even retweeting years old tweets like he somehow predicted this. That tweet was from yesterday.

In fact, he has three other tweets where he did this exact same thing. It’s like he was going through his own twitter feed, had a stroke, forgot it was his own feed, and was like “holy shit this guy has the best takes, gotta retweet this shit right up fam.”

I just love how busy Bernier is keeping himself. I hope the gargantuan task of retweeting his own tweets from earlier in the day isn’t getting in the way of anything else. Maybe that’s why the PPC still hasn’t built basic party infrastructure, outlined a serious policy plan, built a party constitution, a functioning party website, or had leadership elections. He’s just too busy giving you the 200 IQ take that more private sector involvement in healthcare is great because it’s not fascism.

Oh and skipping ahead a little bit, Bernier constantly retweets himself from a day ago or even the same day. It’s so bizarre. He never seems to retweet himself from a few weeks ago, which would be valuable. It’s like he believes that he has a take so good that it just flat out needs to be tweeted almost twice in a row, but then never again.

Getting back to this SharonSisterUpstairs character. First of all, what kind of a name is that? I know this is the unimportant part, but seriously what is that? Secondly, her tweet pretty much sums up what the PPC is. The federal election, which they won zero seats in, is now over, but they’d very much like it if you didn’t forget about the political party with literally zero political victories. The “left” might campaign against White People, but we’re campaigning for freedom. Don’t forget to Paypal me.

Is Bernier seriously campaigning on ending our socialist healthcare system? I get that there is a small vocal minority of cuckservatives online who support that, but the vast, vast majority of Canadians do not want a capitalist system like the US. That policy is a recipe for getting absolutely BTFO’d in the leader debates and turning normal people even more off than they already are.

“My plan is to destroy the one part of the government that works on behalf of the people.” – guy very serious about winning power electorally.

Jesus please, make it stop. “Decentralize the government,” “muh Fiscal Responsibility,” this garbage was played out even before Bloviating Orange Retard ran. Literally nobody looks at some tranny running TransCareBC and is like “yeah provincial autonomy, that’s the ticket.” Supporting oil and gas is fine, but this follows the time and tested cuckservative policy of having these intentionally terrible takes on issues that should be easy wins.

Instead of “billionaires are pushing climate catastrophism bullshit as a means of stealing your tax dollars,” it becomes “support our oil and gas industries.” Instead of “look at these child abusing perverts in our education system,” it becomes “something something harmful gender ideology.” It’s “woke” instead of “anti-White.” It just goes on and on and on.

I’m not even through a week of tweets and I stumble upon this. Why is Stockwell Day doing the triple parenthesis meme? He’s not a Schlomo, so I guess he’s just signalling his support of jew nationalism and the jew ethnostate. It might not even be that, just some insanely retarded cuckservative take that’s too stupid for me to even consider.

When looking him up I found two things. First, yes, he is indeed doing the whole “muh natzees” bit with the triple parenthesis. Second, he got let fired from the Telus Board of Directors.

Have a nice shadenfreudic chuckle at that one goyim. When you’re done with that, make notice that this politician had managed to worm his way onto Telus’s board of directors. You might think that represents a conflict of interest, right? Didn’t he make laws affecting Telus at some point or other. Maybe there’s going to be an investigation into that, and not saying “systemic racism is a problem in the US, but not Canada.”

You’re adorable. No he loses his cushy sinecures, including a vague position on a law firm, a position on Telus’s Board of Directors, and a regular guest appearance on CBC’s Power and Politics over a non-defense of White People, not the obvious corruption. You might also think that Bernier wouldn’t be retweeting such a disgusting swamp creature as Stockton Day.

But then again, you might also think Bernier wouldn’t be tweeting out NATO anti-China propaganda. You might also think that banning Huawei from 5G would violate his “muh LOLberty” values that he seems to place such high priority on. Like I said, you’re adorable.

This is fake news. Yes, I know that I sound like some smarmy catlady, but it’s true. Nobody is stopping you from leaving Canada. You can drive over the border at any moment in time. They won’t let you fly without getting all three vaxx shots. That’s bullshit, but it’s not “OMFG they’re preventing Canadians from leaving.” Like, it’s just not.

And this is yet another reason why Cuckservatives must be destroyed. Imagine having your talking points be so retarded and fake that you can be destroyed by some wine aunt catlady. Imagine being so absurd, that the “Bashar Al-Assad gasses wahmen’s and babies for no reason,” liars are intelligent, sane, rational, and truthful in comparison.

As Striker says, Cuckservatives versus Intelligent Critical Thinkers (liberals), is a battle between the low IQ and the low testosterone. When Bernier gets out of our way, we’ll have people doing the “how come this incompetent malicious government never built any quarantine hospitals and shut down our fucking borders,” bit, instead of the “omfg *insertFakeQAnonRetardShitHere”.

I’ve gotten angry at people online for calling everything “commie.” Trillion dollar multinational corporations oppressing people is neo-feudal billionairism, if you’re going to even assign some ideology instead of “fuck Mark Zuckerberg.” I think I might owe them an apology though, because just look at this worthless grifting cunt.

And there it is. The tweet I was looking for. Or I guess I should say, the retweet. And yes, he did indeed retweet himself from earlier that day, October 6th. And no, he never retweeted this again. And yes, it reaffirms the Church Burners slander fake mass graves, because of course it does.

What we need is an Adolf as Prime Minister. 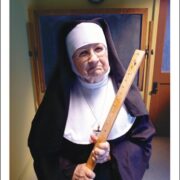