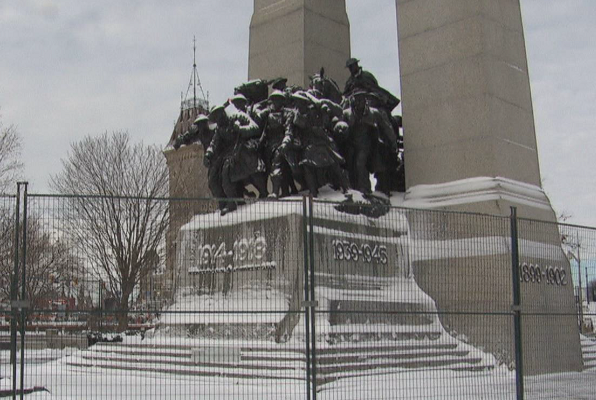 NOTE: I will be away from home without my computer over this weekend, so be prepared for drastically less content. I have scheduled a piece for each day, with the help of guest writers.

Out of nowhere I get this pdf sent to me in the Daily Rake Writers Room private telegram chat. Very little fanfair, other than one of our guest writers explaining that a buddy of theirs wrote this paper on the military and is looking to get it published. I opened up the PDF, only to find out that it is 43 pages long. Simply reading the thing, let alone publishing it, is going to be a massive time committment.

But then I started flipping through it and it’s fantastic. I can’t publish it all, because I’m leaving on a flight early tomorrow morning, but I can publish the intro to whet everyone’s appetites, and I promise to publish the rest as soon as I get back.

I have for now decided not to bold anything that I find particularly important. I may decide to do otherwise when publishing the next installments of this paper.

Why the CAF Will Never Fix its Retention Problem

A rant-become-essay on the chronically dying military denied the bliss of death.

An introduction to the problem

The Canadian Armed Forces, hereafter referred to as the CAF, has a serious retention problem. Any organization with such a problem will feel the sting, but the CAF has a particularly nasty disadvantage that corporate entities don’t, that being the mandate to provide training to its members. When a person joins, the CAF is obligated to provide necessary training to them, either directly or through outsourcing (with some exceptions). This means that, when a person chooses to leave before retirement eligibility, they are bringing with them the CAF’s investment, and imposing the requirement for a reinvestment in whoever replaces them. In addition to the financial cost, there is the cost of time. Training takes time. An officer who goes through the Regular Officer Training Program will cost the CAF about 4 years of time just to get their degree, sometimes up to 6. Then, they must complete military occupational training, which might take an additional year or more. NCM training works a bit differently, as it includes stages of qualification in many cases. Due to that, achieving the final stages of qualification can take a similar amount of time for the most technical NCM trades. To further compound the problem, those running the military training are being taken from positions where they would otherwise be doing the jobs they are qualified for; fewer people to run training means a longer wait to fill positions, whereas maxing out training capacity would emaciate operational positions.

Why are people leaving though? The pay isn’t bad, though certain postings have a severe cost of living problem that hasn’t been addressed. The work conditions vary, but aren’t horrendous most of the time. As mentioned above, the opportunities for free (did I mention FREE?) training are quite numerous. Seriously, you can get a free master’s degree paid for.

As mentioned, the cost-of-living problem is dire in some regions. I won’t go into too much detail, but Ottawa (as an example) is the region with the most military people (around 10,000) and it is prohibitively expensive to live there. The CAF has chosen to do nothing about the problem, so many are choosing to release rather than live in poverty upon receiving a posting there. But Ottawa is not the entire country, contrary to the beliefs of those who live there. Costs aren’t that bad in places like Edmonton, Medicine Hat, Gagetown, Cold Lake. They are manageable, and it is possible that the CAF will address this issue in the coming centuries. Cost of living doesn’t explain the whole equation.

Why else might people choose to leave? Do they perceive the CAF as an organization which supports their personal values? Likely not. The CAF is downstream from its boss, the federal government. Therefore, if the feds adopt a new way of thinking, the CAF will eventually fall victim to mandate it as well. This is the most significant problem. Cost of living, training deficits, pay, benefits, all of these can be addressed if the leadership so chooses. The toxic dictates of the federal regime, however, cannot; The CAF is helpless to resist orders from its boss. This is the root problem. At the very least, it is the most significant problem, although less direct than cost of living might be. The point of no return on this issue is also firmly in the past, and unlike the CAF, I will be addressing the issue going forward in the paper.

This intro may seem a bit dry. After all, the CAF having retention problems is not all that interesting, until he actually gets into what he means by the CAF not reflecting the values of the people who are initially enthusiastic about joining the CAF, at least historically so.

Which is only partly dry economics, and more because of the Globo Homo infestation of the Armed Forces. This is something that is corroborated by everyone in the Canadian Armed Forces, one of whom sent me this sheet from the CAF’s mandated DLN (Defense Network Learning) training. And yes, you’re reading this correctly. 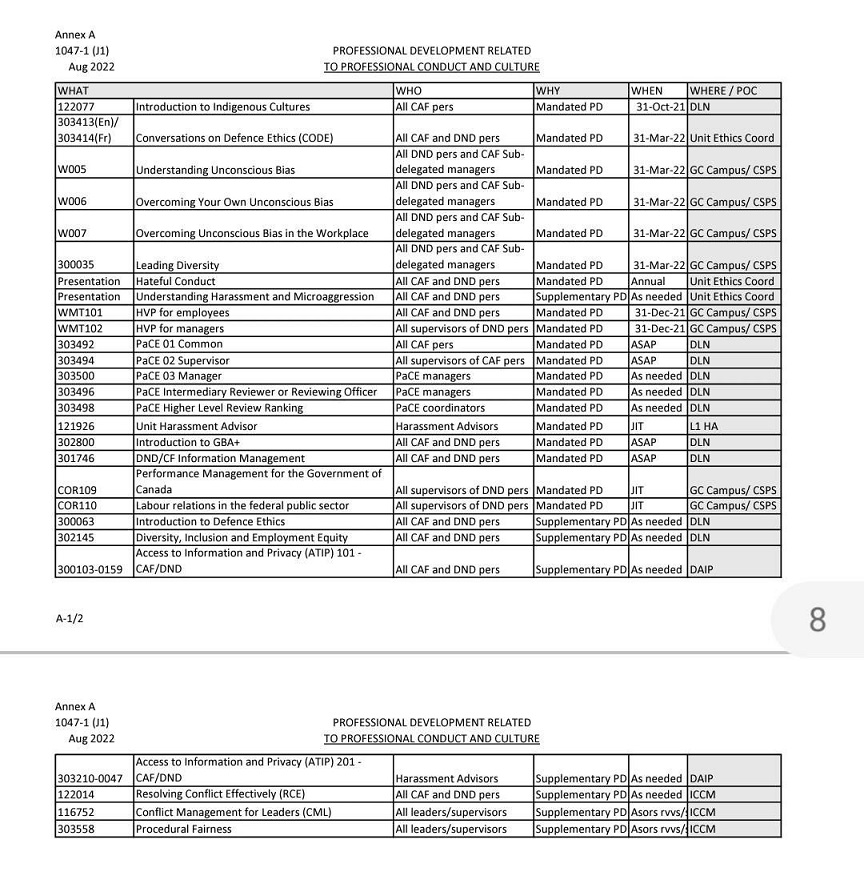 Fixing formatting errors from PDF’s is a tedious process, but A. Nonymous’ paper will be published as soon as I get back from this weekend trip. This is simply too important of a resource on the Canadian Military to let go unprinted for any length of time. 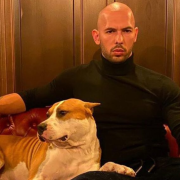 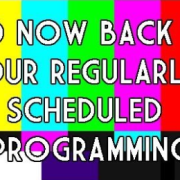 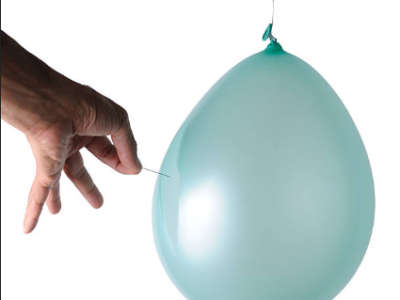 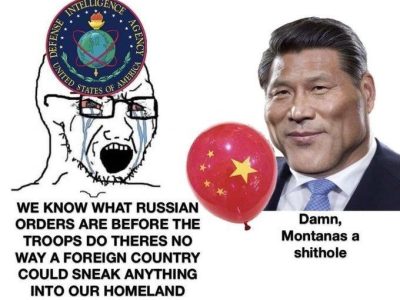