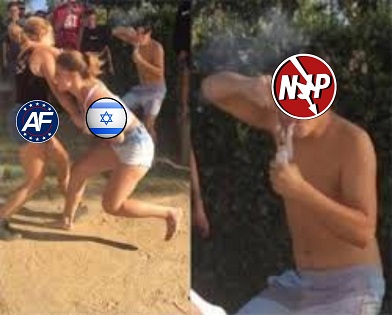 I’m a bit surprised that no one decided to look this up previously, but Milo Yiannopoulos has a history of trashing Kanye West, doing so numerous times on his telegram channel. Laura Loomer was the first to do the Herculean task of searching “Kanye” on Milo’s telegram, and found the following. 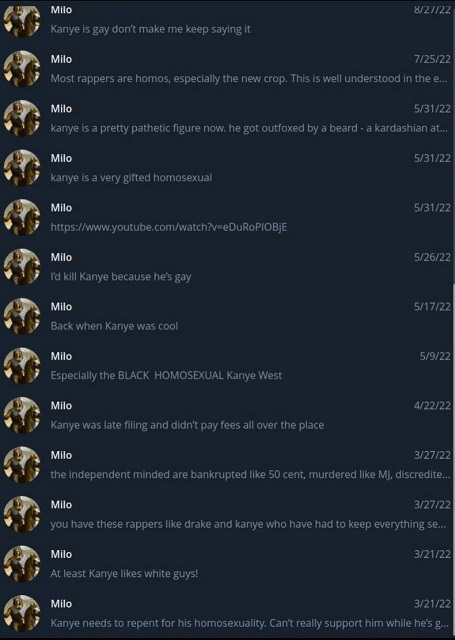 Loomer had the following to say about this revelation.

Well well well. What do we have here? Does Ye know his “campaign manager” is going around lying, accusing him of being gay and literally threatening to kill Ye? 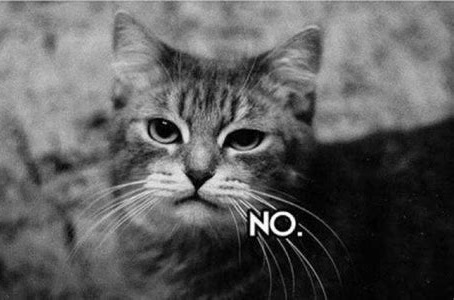 I’d certainly doubt it Laura. Kanye West has pretty decent instincts as for what to say when dealing with the Nose-Question. He’s got a repeated track record of surrounding himself with the absolute worst people, from Kim Kardashian to Milo “snitch on your ‘allies’ or die trying” Yiannopoulos.

Like I said. Milo is just trying to exploit Ye for his money and make Trump look bad. Take a look at these archived posts about what Milo has said about Ye.

Laura Loomer was always the hottest girl in the right wing sphere, and I’m impressed that she managed to suss out that Milo is using Kanye for his own purposes. It takes true genius to logically deduce that one.

I could see a future where Milo tries to blackmail Ye with false claims that Ye is gay. Milo loves blackmailing people by his own admission, and he LOVES making up lies about people once he is through using them for money and fame. 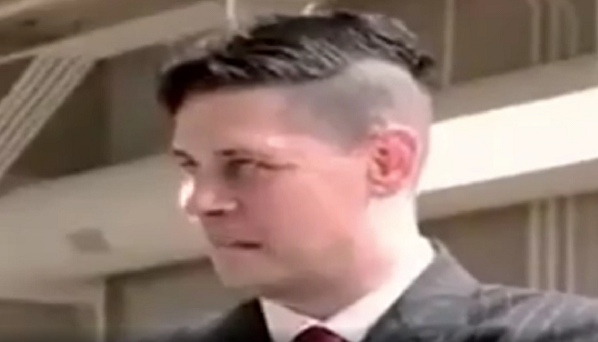 In a move that essentially proves guilt, Milo has since deleted all these posts, and the latest post he has made referencing Kanye West is from a month and a half ago. So according to Milo, I guess he never really talked about the guy before that. 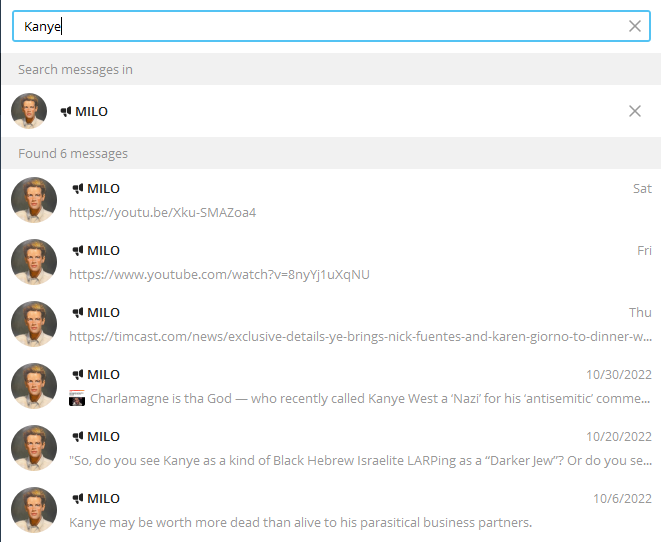 I knew that Milo/Fuentes/Kanye/Trump was a narcissistic match made in hell that was bound to explode violently at some point. What I didn’t anticipate was for it to come apart so quickly. I especially didn’t think that Milo would be so careless as to have posts slandering Kanye West on his own telegram. He’s supposed to be good at this sort of thing, but I guess it’s more like he’s just willing to do shady things, and isn’t actually competent.

Milo has always been a grifter, he just realized that the Trump grift wasn’t working out for him in 2020. He decided to pretend that he was tired of Trump for political issues, but really he was just appealing to the disaffected alt-right that had abandoned Trump. I lost track of him for a long time, but I guess he has too many connections and too much blackmail on people to ever really disappear. As a result, it made sense that he’d worm his way into the Ye24 campaign. And we see all of his latest posts on telegram praising Kanye in a very kosher-approved way. 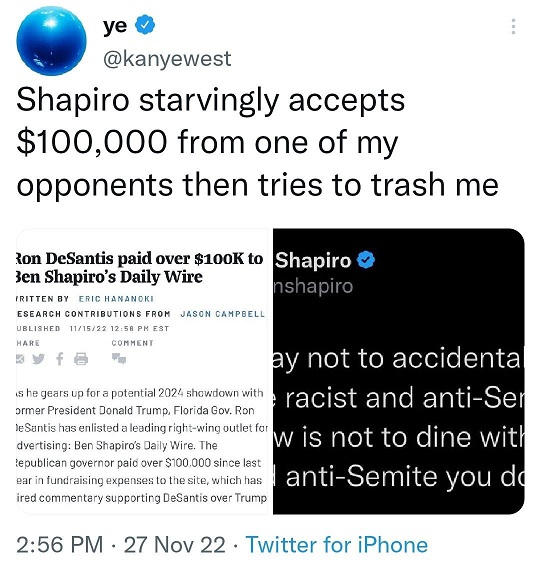 But hey, if this dumpster fire is going to be this entertaining, as well as helping further discredit Benny Shapiro, Ronny DeSantis, and the GOP, I’m all for it. Let’s just hope we get a nice celebrity boxing match out of it at the end. 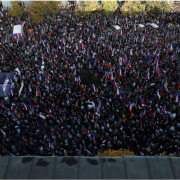 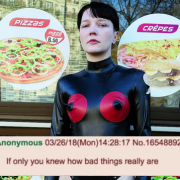