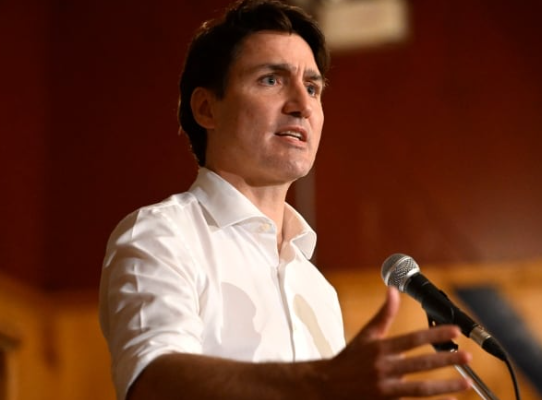 Prime Minister Justin Trudeau rose in the House of Commons Tuesday to vote against a Conservative motion declaring that the atrocities of the so-called Islamic State constitute genocide.

His decision appeared to back up what Trudeau told the House minutes earlier: that partisan politicians shouldn’t determine what is or isn’t genocide. 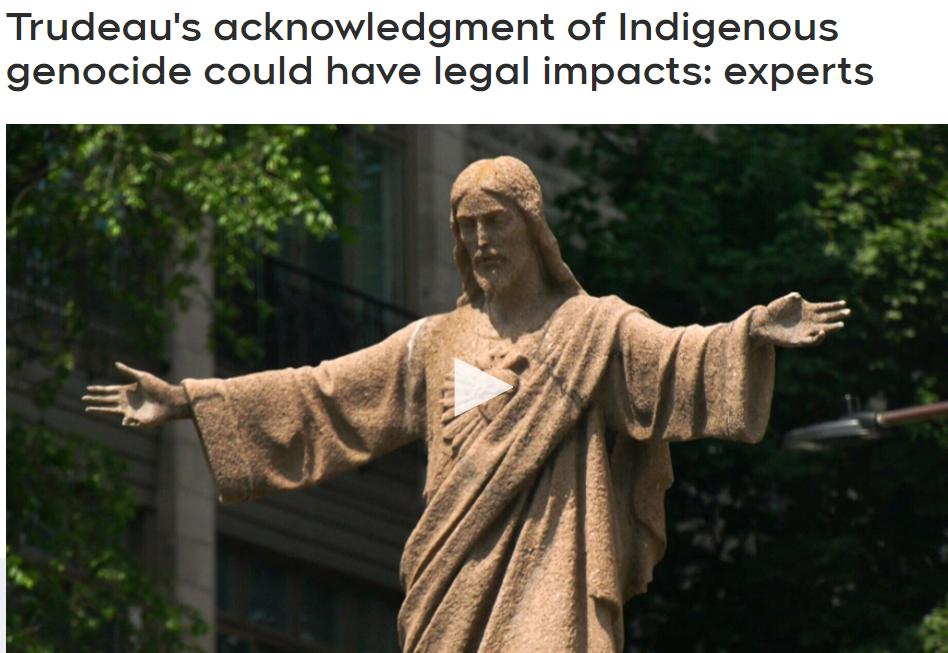 “I DoNT tHInK pARtiSaN PoLIticS sHOuLd DetERmINe wHaT iS Or iSNt GeNOcIdE.” – Joffrey Trudeau 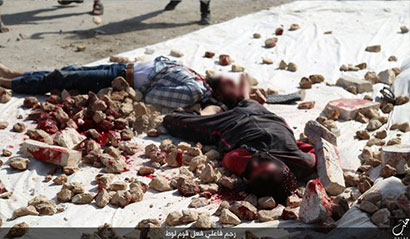 Four Liberal MPs crossed the aisle and the entire NDP also sided with the conservatives, because it would have been insane not to. Was it really so crazy to think of ISIS as a genocidal institution? Well no, because they bragged about being one. 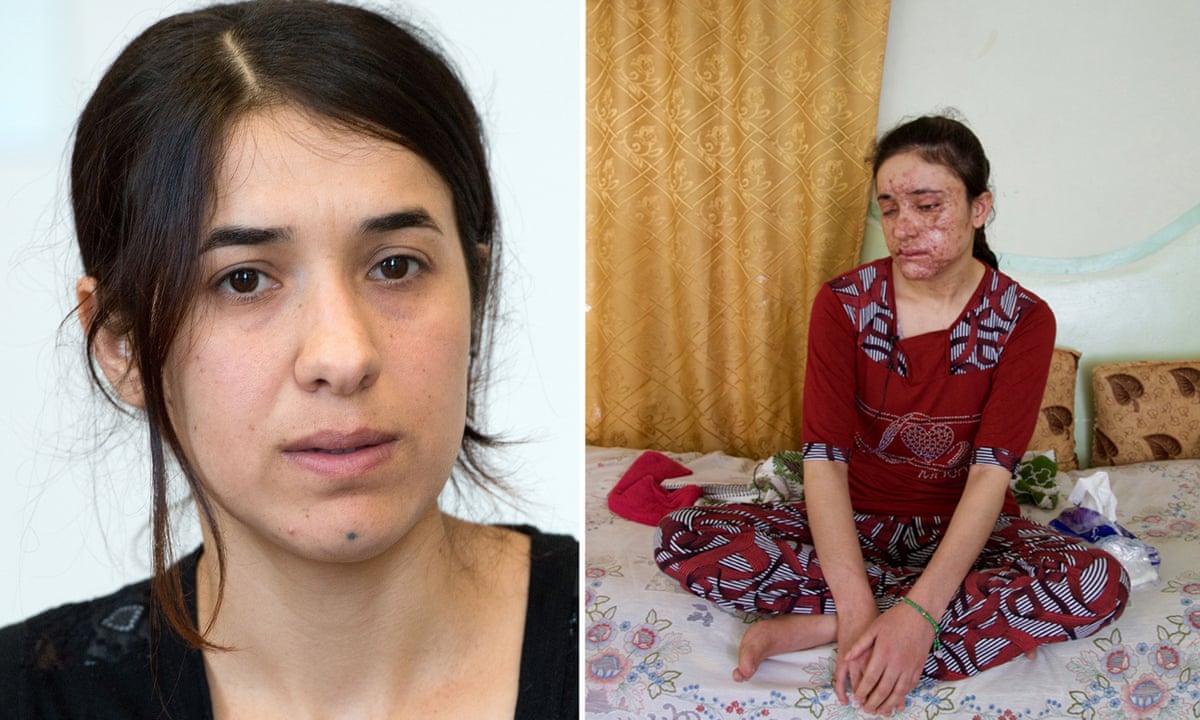 Nadia Murad is a Nobel Peace Prize winner, maybe the only deserving one this century, for her important but difficult to read book “The Last Girl.” In it she describes all the men in her village who refused to convert to Islam being executed, as well as the women who were too old to be turned into sex slaves. That fate awaited her and all the other girls of her age. She was held captive for months and repeatedly raped and beaten. Finally, she escaped to Europe where she managed to tell her story. 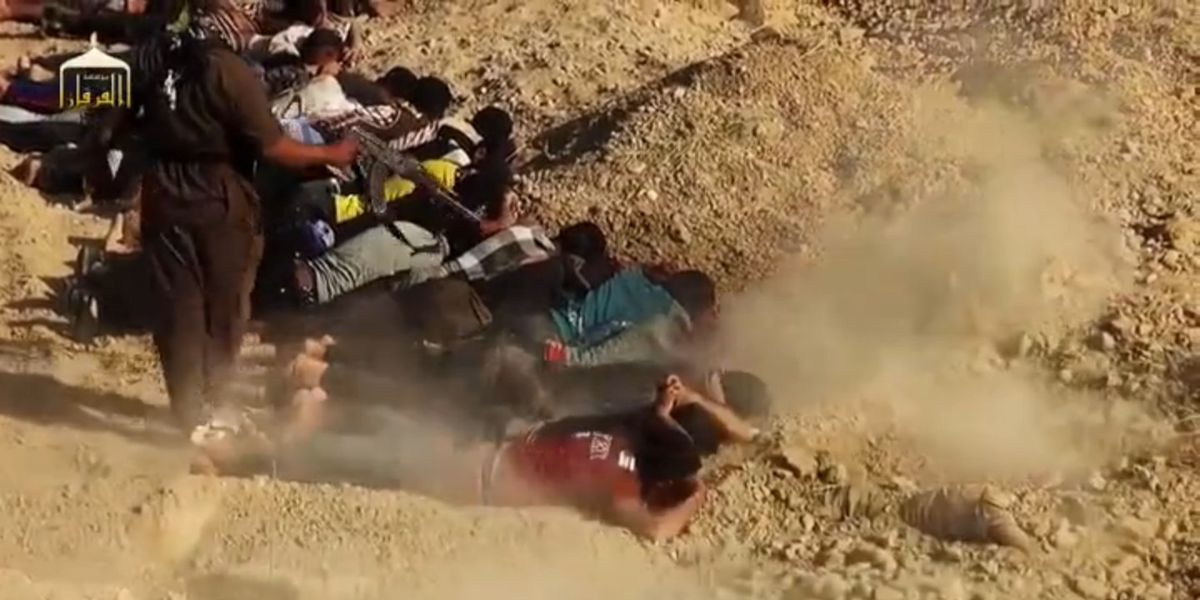 And this is of course in addition to all the run of the mill mass murders, rapes, and executions of ISIS. They seemed to excel in murdering people in the most inhumane ways possible, from burnings, prolonged decapitations, drownings, you name it. So of course the piece of shit known as Justin Trudeau rushed to the podium to lecture everyone for leaping to conclusions. 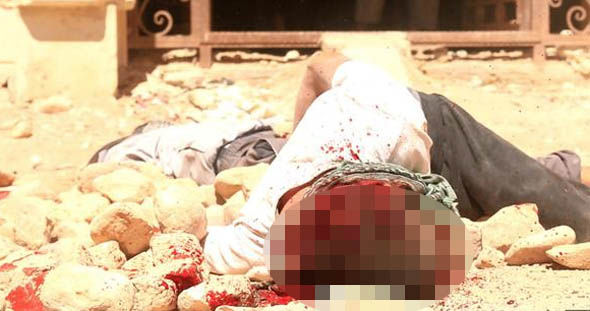 In a heated question period shortly before the vote, Ambrose hammered Trudeau for hiding behind “weasel words” and lacking “moral clarity” when it comes to the terror group.

She said that while allies in the U.S. House of Representatives and European Union state the obvious — that “ISIS’ crimes against religious minorities, women and children, gays and lesbians” are genocide — the Liberal government refuses do the same.

“If all our allies can find the moral resolve why can’t our prime minister?” she asked. 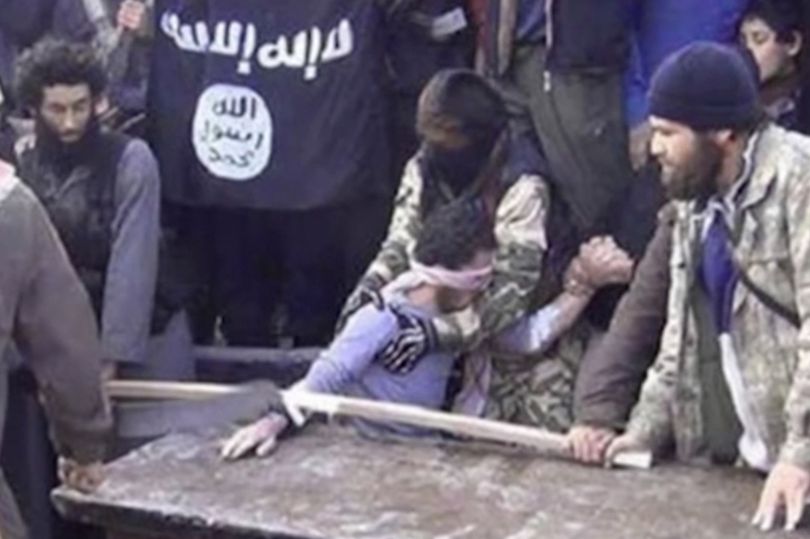 Justin Trudeau is such a piece of shit that even koshervatives can occasionally manage to dunk on him. The videos of ISIS mass executions were there for anyone to see. And like I said, they bragged about what they were doing to various groups, such as the Yazidi. 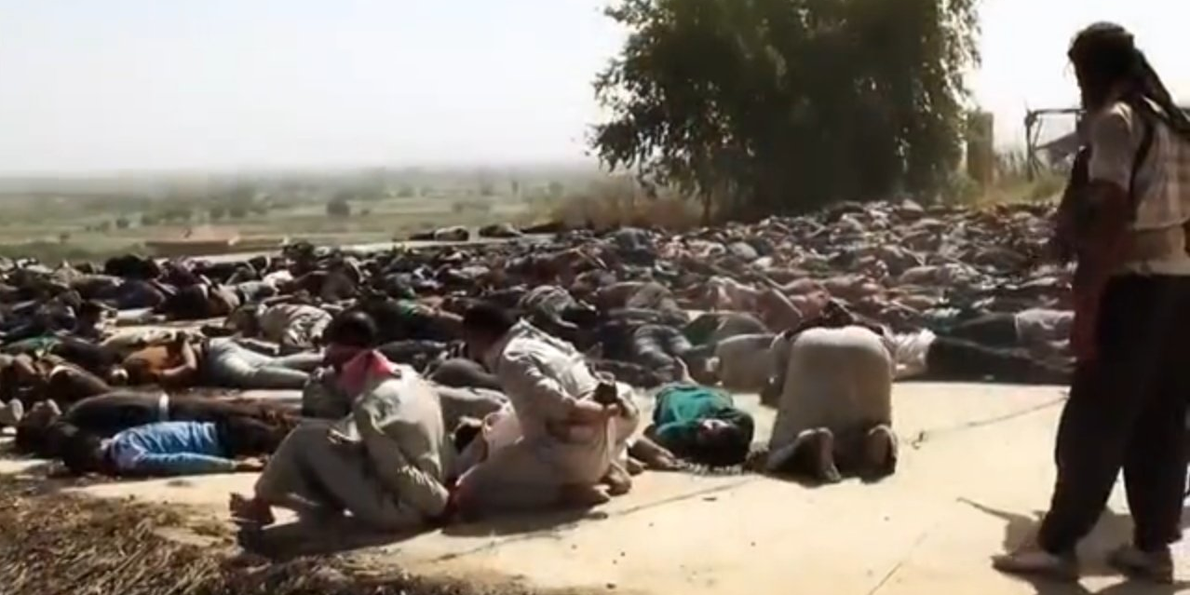 I want to skip ahead to the full text of the motion that was passed before the legislature.

That the House agree that ISIS is responsible for: (a) crimes against humanity aimed at groups such as Christians, Yezidis, and Shia Muslims, as well as other religious and ethnic minorities in Syria and Iraq; (b) utilizing rape and sexual violence as a weapon of war and enslaving women and girls; and (c) targeting gays and lesbians who have been tortured and murdered; and, as a consequence, that the House strongly condemn these atrocities and declare that these crimes constitute genocide. 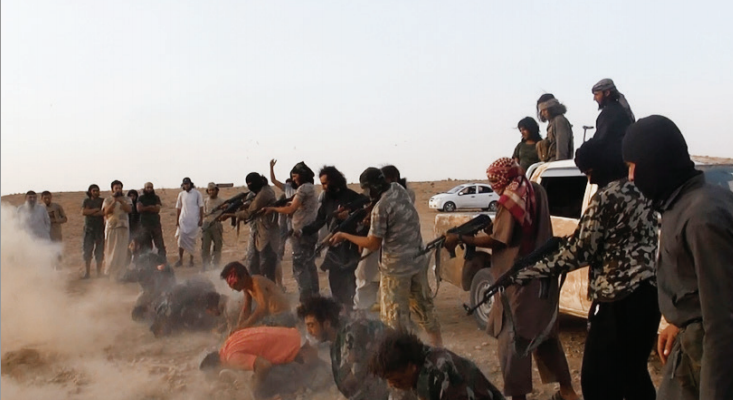 When he was pressed again on the case of thousands of Yazidi girls being murdered or turned into sex slaves, the prime minister was resolute that determinations of genocide must be done objectively on the international stage.

“We will not trivialize the importance of the word genocide by not respecting formal engagements around that word,” he said.

Jaime can you pull up that picture of his where he trivializes the word “genocide,” by equating some Aboriginal Women going missing to one? 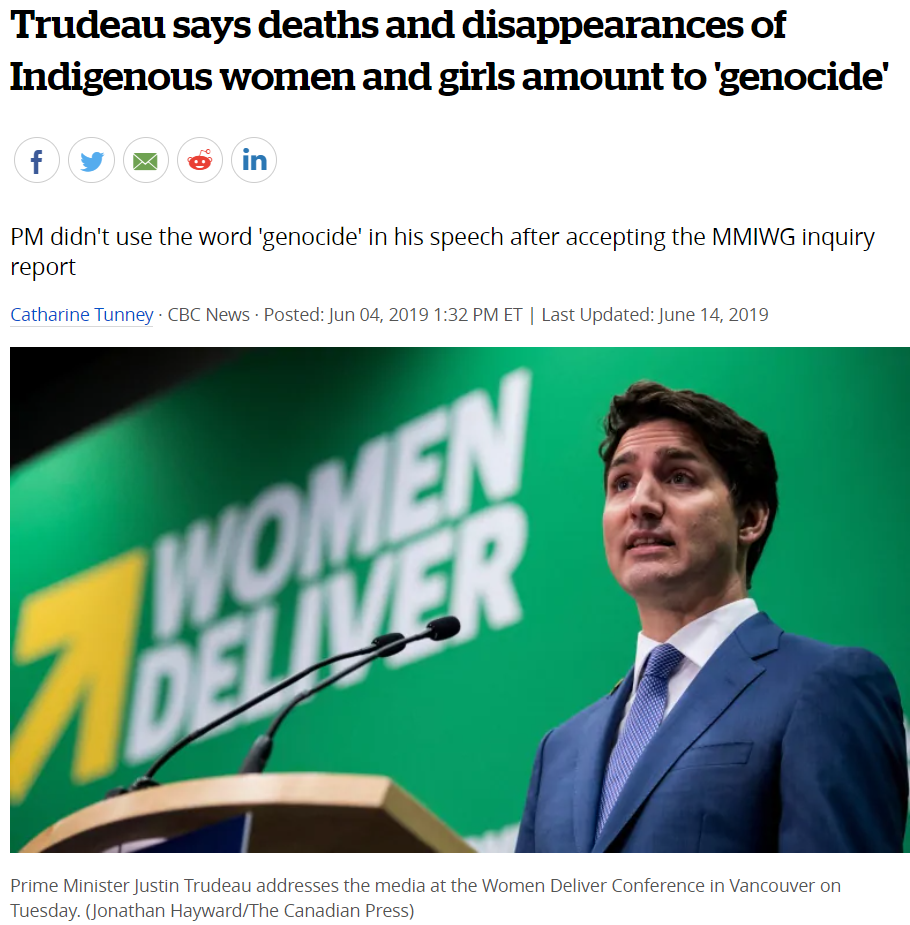 Prime Minister Justin Trudeau says his government accepts that the murders and disappearances of Indigenous women and girls across Canada in recent decades amount to an act of “genocide.”

The national inquiry into missing and murdered Indigenous women and girls reported that Indigenous women and girls are 12 times more likely to be murdered or to go missing than members of any other demographic group in Canada — and 16 times more likely to be slain or to disappear than white women (Notice: no capitalization). The inquiry report described the deaths and disappearances as “genocide.”

Trudeau didn’t use the term during his speech at the inquiry’s closing ceremony on Monday — but took a step further today.

“We accept their findings, including that what happened amounts to genocide,” he told a crowd in Vancouver Tuesday. 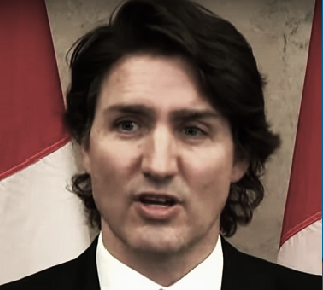 This was from 2019. As ridiculous as this was with respect to the Gravocaust, at least they pretended to find mass graves. Instead, Trudeau is declaring that Aboriginal women having a higher rate of going missing or being murdered means that they’re being genocided. Everyone knows that their murders are Aboriginal Men. Everyone knows this. But of course you don’t really need to take this seriously, because ISIS apologia.

Remember, goy, when ISIS murders thousands, if not hundreds of thousands of people, Christians, Yazidis, even lesser known Muslim sects, in brutal and explicitly religiously or racially motivated acts of mass murder, that’s not genocide. But when too many Aboriginal Men murder Aboriginal Women, well that’s definitely genocide and the entire country is to blame. But also you in particular.

And for the record, the report they wrote is Globo Homo Schlomo to the max.

Throughout this report we have also pointed to other legal instruments, including the Convention on the Prevention and Punishment of the Crime of Genocide (PPCG), that must be considered in terms of viewing Indigenous women, girls, and 2SLGBTQQIA people as rights holders. Please note that, due to the complexity of the issue of genocide, a supplementary report will be available on our website that explores this finding in greater detail within a legal framework of analysis.” (page 169, Volume 1b)

2SLGBTQQIA, I think they forgot the plus, for HIV positive or maybe pedophile. I’m also not doing a bit when I say that I honestly don’t know what half of that stands for. Lesbian, Gay, Bisexual, Transexual, Queer, Quantavious, Incredulous, AIDS. I have no idea, something like that. 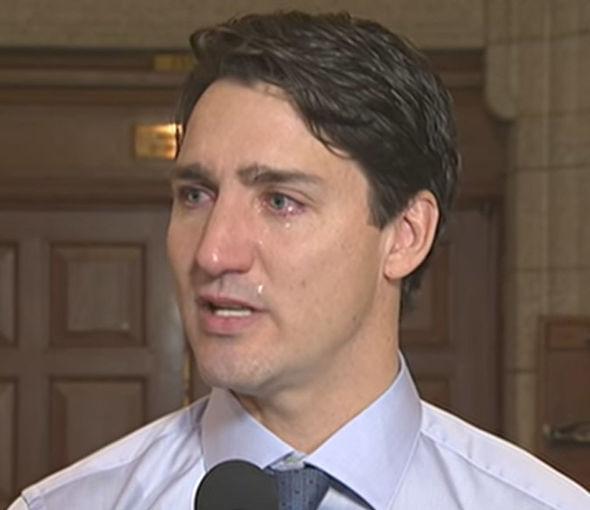 Anyway, it’s all very sad. The 2SLGBTQQIA+ community, formerly known as the AIDS community, is the victim of genocide here, somehow. They weren’t really germane to the conversation, but some narcissistic fag probably wrote the report and just had to center his neo-vagina.

Above we see Justin’s face when hearing of a 2SLGTBTQQIAWTF+ member going missing. Below, his face when he sees ISIS terrorists chopping off the heads of Yazidis. Or when thousands of Yazidis or Christian girls are raped by ISIS. Justin, as a true feminist, is a big supporter of ISIS committing mass rapes for the purpose of genocide. 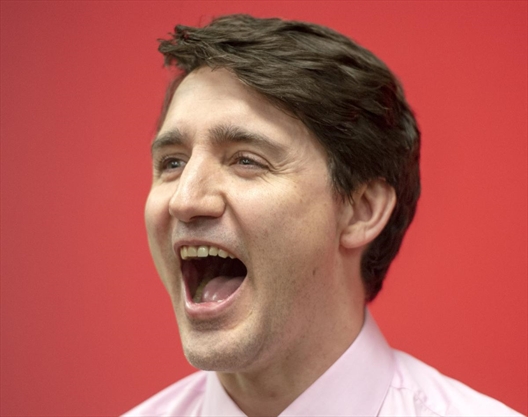 Anyway, you should take the things that come out of this pampered aristocrats mouth very seriously. 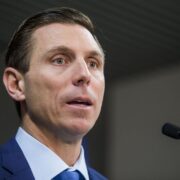 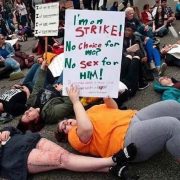