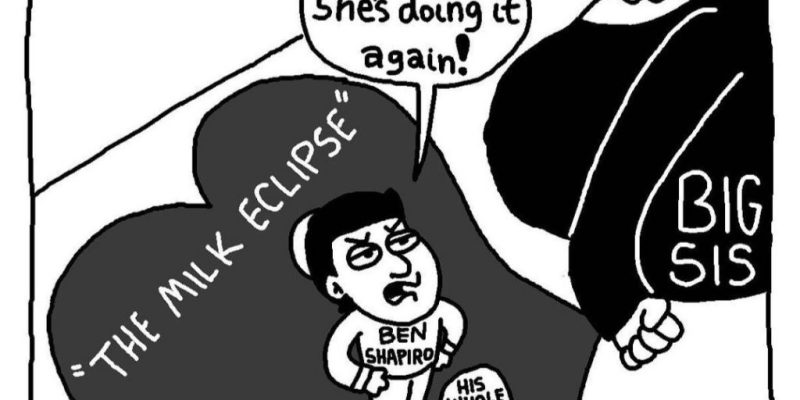 After a joke about Ben Shapiro getting gassed first in another Holocaust fell flat and raised controversy in online spheres, prominent YouTube comedian Ethan Klein’s podcast channel was suspended on Friday and the video in which the remarks were made was deleted.

“A few white supremacists successfully lobbied YouTube to suspend me, a Jewish dual citizen of Israel and USA, for antisemitism,” Klein announced in a tweet. “Ben Shapiro and friends can virtue signal all they want but ultimately they are the ones platforming dangerous antisemites. All I did was point it out.”

Those dastardly White Supreemacists strike again. I tell ya, I’m getting really tired of these HuWhyte Supremacists using their illegitimate clout at Google to get all these innocent jews holocausted online. And to think, they would have gotten away with it if it weren’t for this extremely intelligent jew named Ethan calling them out. It’s truly scary how close we came to fascism. 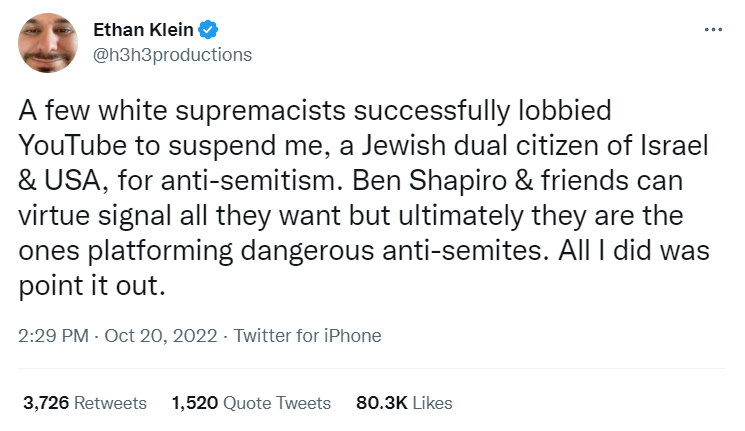 I honestly wasn’t sure if I was being trolled or if this was real, so I went and looked up the original tweet, which you can now see screencapped above. You can still find said tweet as of time of writing, and he’s even more assblasted than the article suggests. 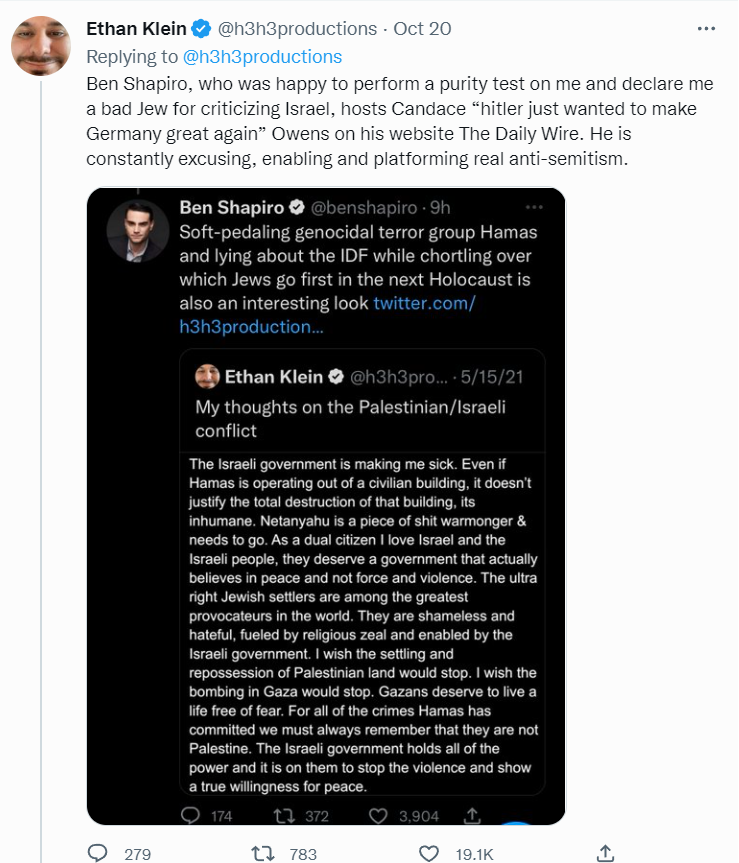 This is his actual point, that Benny Shapiro is Da ReAL auntie-Semite.

Ben Shapiro, who was happy to perform a purity test on me and declare me a bad Jew for criticizing Israel, hosts Candace “hitler just wanted to make Germany great again” Owens on his website The Daily Wire. He is constantly excusing, enabling and platforming real anti-semitism.

The joke that I was suspended for simply points out that Ben, who is desperate to be accepted by his Christian nationalist friends as white, will only ever be seen by them as a useful idiot, and sadly for him, a Jew.

Fuck me, he’s blowing Candace “Everything I do, I do for the White Race” Owens’ cover. She’s spent years infiltrating the cuckservative movement while wearing blackface, and then Ethan “Gas the right-wing jews” Klein just has to put his enormous brain to use sussing her out. 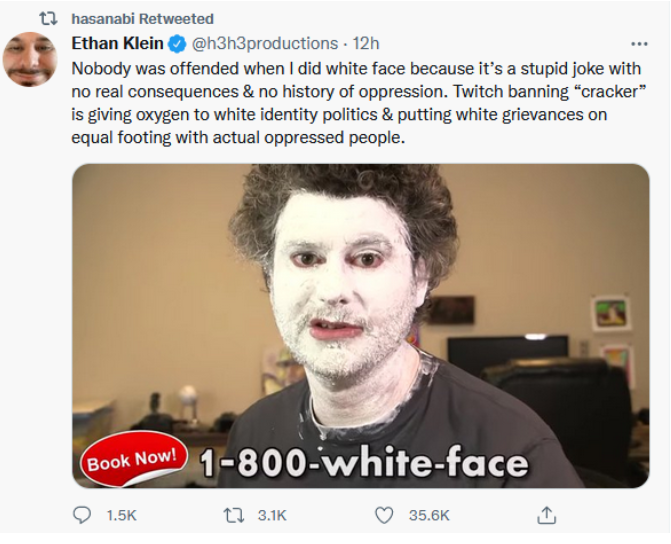 I was about to say that Ethan Klein is right, but for the wrong reasons, when I got a personal message from none other than Ben Shapiro himself. He told me in a private correspondence that the only thing he wanted more than Abby Shapiro’s Khazar Milkers was Total Aryan Victory. You see, Ben Shapiro might pretend to be a tiny little zionist manlet online, but in reality he’s been a True Aryan Race Warrior right from the very start. 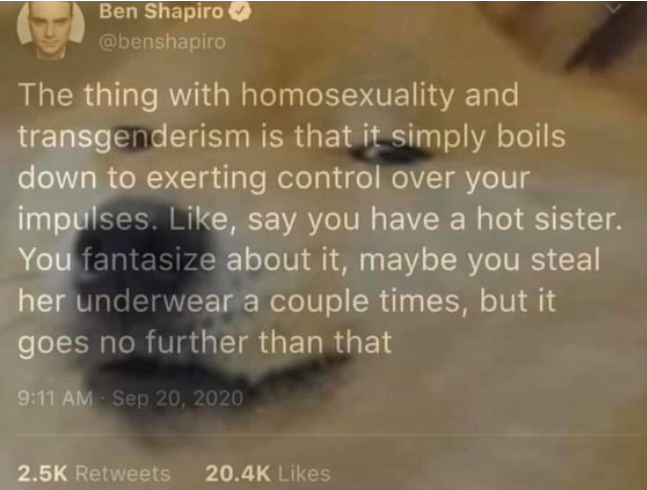 As such he’s been playing the long game, trying to make himself as viscerally repulsive as possible in order to get the goyim to rise up against “The Kike Menace,” his words, not mine. He’s committed to the role so well that he’s even fooled Jordan Peterson, who has been /ourgoy/ right from the very start. But that just shows the commitment and talent Benny Shapiro has when doing his part to achieve the complete destruction of Israel.

In the now-deleted video, Klein had been criticizing rapper Kanye West for his recent antisemitic remarks when he attacked Shapiro because the pundit’s Daily Wire outlet employs political commentator Candace Owens. Klein shared in his opinion that Owens had taught West his antisemitic rhetoric.

American politics on twitter in 2022 is a fight between Ethan Klein and Ben Shapiro over who is more genuine in their denunciation of Our Wakandian Kanye West. Not just who is more genuine, who is really doing their part for the jews. At least they’re talking about gassing each other now. 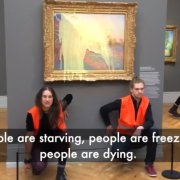