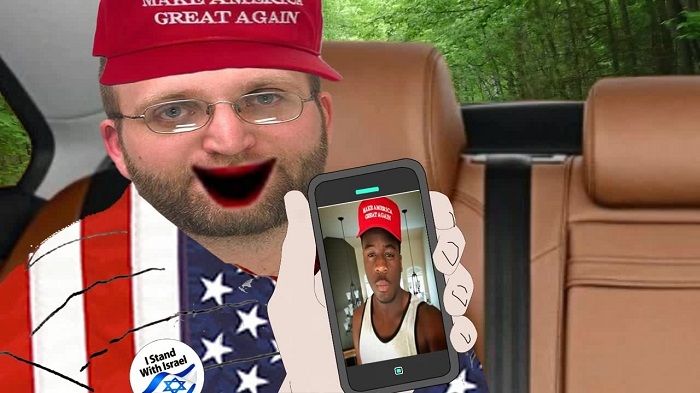 I thought I was done writing about Orange Faggot, but then I realized that it’s easy content to dunk on him, so here we are.

When Donald Trump defeated Hillary Clinton in the 2016 election, the nihilistic trolls of 4chan‘s “politically incorrect” message board were jubilant. “We actually elected a meme as president,” wrote one, not inaccurately.

Ever since Trump had announced his campaign the year before, with a speech that accused Mexico of sending drugs and rapists over the border into the U.S., 4chan and an online network of associated white supremacists had waged an all-out content war in his name. They so thoroughly saturated the internet with MAGA memes that Clinton was obliged to make a speech condemning the alt-right as it manifested online.

But those same communities who once formed an effective grassroots movement for driving the Trumpian narrative are plainly unenthused by the announcement of his 2024 campaign. The rambling speech Trump gave at Mar-a-Lago on Tuesday night in hopes of kick-starting a political comeback was received poorly across the conservative ecosystem: Fox News cut away in the middle of it, while major donors started jumping ship soon afterward. And the deflation of arguably his fiercest base — the digital warriors — is one more sign that Trump won’t have the juice he needs to return to the White House. 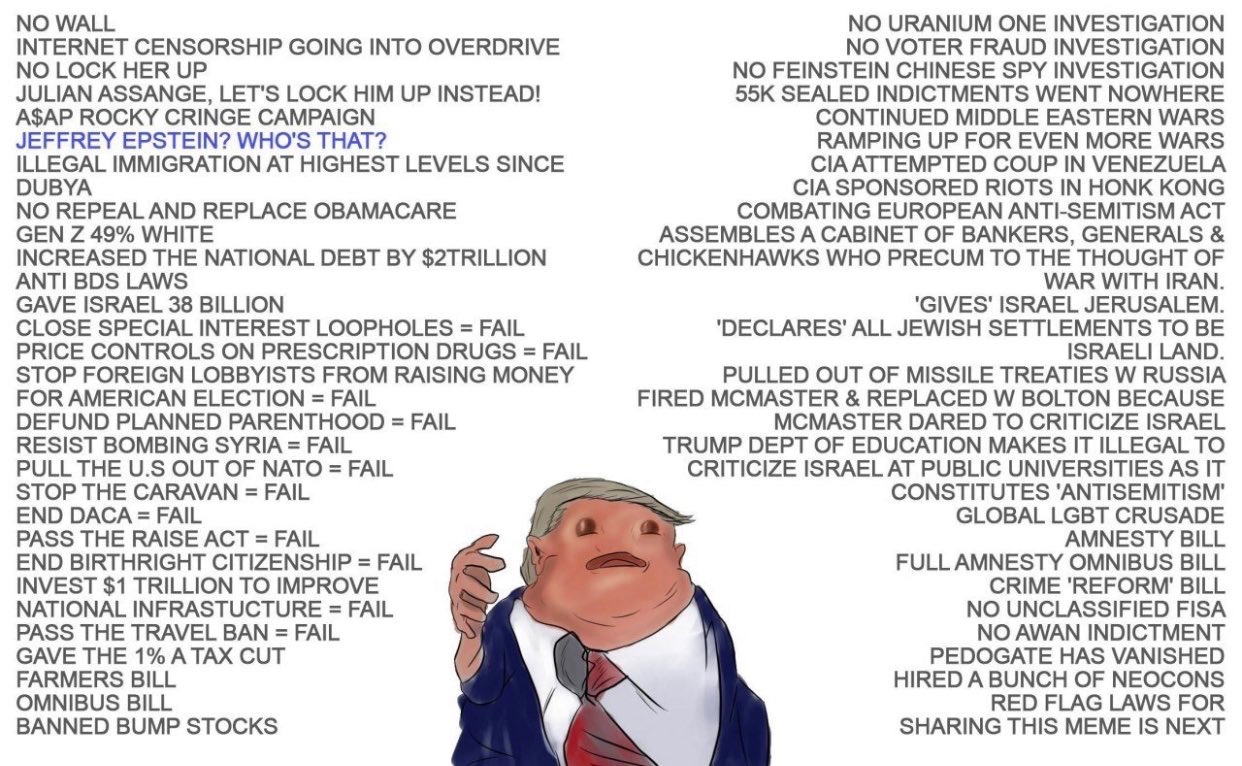 Blormph’s speech, which I wrote about at the time, managed to be, above all else, exceedingly boring. His fake populism has been reduced to pretending to want drug dealers executed, and nobody even fell for the bait. Nobody cares anymore, not even his own dwindling supporters.

“We’re fucked,” concluded a user on Patriots.win, a pro-Trump forum made to replace Reddit’s r/The_Donald after it was banned for abusive comments in 2020. “Trump was a bore last night. Please clap. Low energy,” wrote another, alluding to Trump’s successful attack line and jokes about Jeb Bush in the 2016 Republican primaries. True believers tried to push back against “doomer bullshit” but found their comments down-voted by the pessimistic faction of the site, which argued that Trump had no chance of winning because Democrats rig elections. The top comment on the thread about his speech predicted that he will “lose again to fraud.”

There are tons of comments pointing out exactly what I pointed out previously, which is that Blormph’s argument makes no sense whatsoever. He’s saying that the election was stolen from him in 2020, so the solution is to… vote for him again this time.

It doesn’t make sense the longer you think about it. He’s literally saying “elections are rigged and pointless. Now get excited about voting for me,” and it’s going over precisely as well as you would expect even on a forum dedicated to fanning his balls.

The far-right commentators who made a name for themselves on the web with the kind of vicious and mocking rhetoric that emerged from r/The_Donald and 4chan in 2016 were no less disappointed. Perennial instigator Milo Yiannopoulos pointedly endorsed Kanye West as a 2024 candidate instead. White nationalist streamer Nicholas Fuentes called it an “EPIC FAIL” on Telegram, complaining that Trump hadn’t mentioned election fraud, “big tech censorship,” or the Jan. 6 Capitol riot. Ali Alexander, the “Stop the Steal” organizer whose efforts to overturn the 2020 election helped inspire that deadly chaos, explained how he would have rewritten the speech, and hoped that Trump would “relaunch” the campaign sometime in 2023. 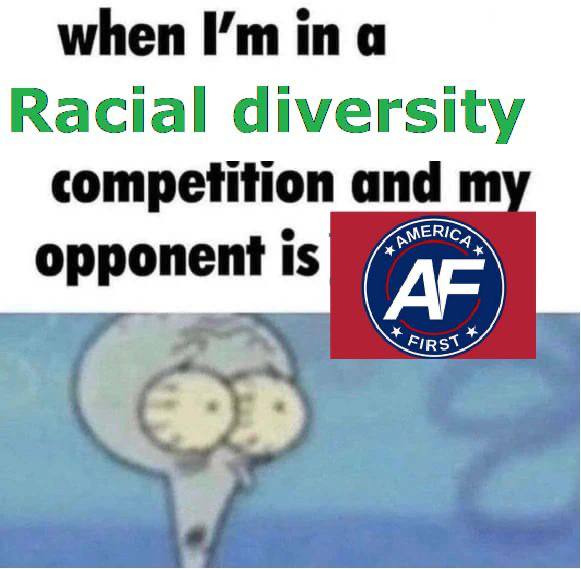 I decided to spare you the catboy images this time.

And Blormph hasn’t mentioned big tech censorship, election fraud, and the Jan 6th oppression of his own supporters, because to mention that is to remind everyone why they should hate the Orange Fraudster.

Yet the majority of the reactions to Trump’s new campaign on 4chan — once a hotbed of pro-Trump talking points and sentiment — were dismissive. In sharp contrast to the giddiness around Trump’s trollish antics in 2016, users ridiculed voters who can’t accept that he’s not getting back into the White House. Meme characters wearing MAGA hats are now depicted crying in a rage over a string of election losses.

The most striking reversal of all is that a smattering of users are excited to see Trump run … so they can watch him lose and his supporters melt down again. 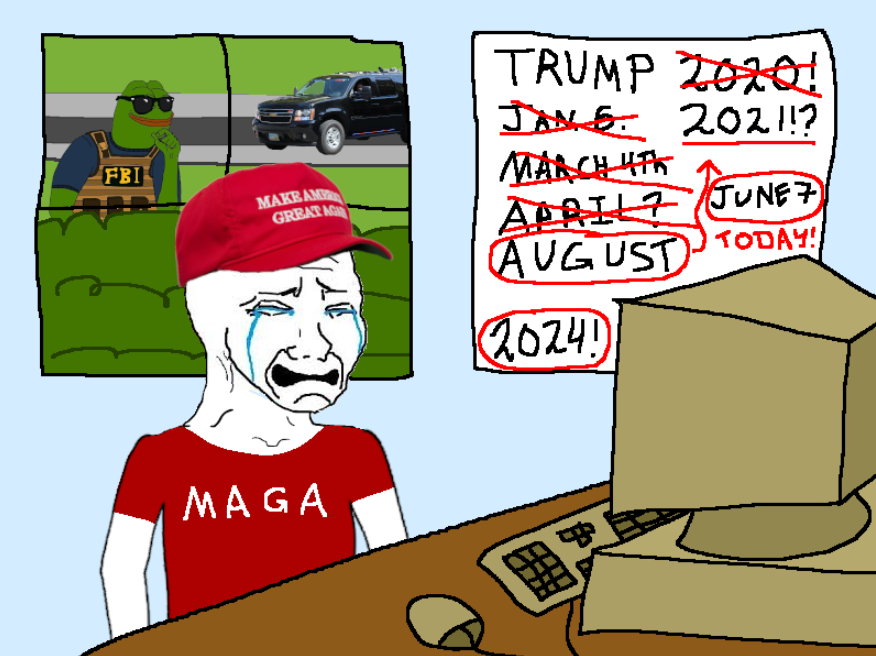 Trump winning in 2016 gave me an amazing feeling of unbridled glee, optimism, and schadenfreude. Trump losing in 2020 gave me almost as powerful a feeling. Yes, Trump Derangement Syndrome exists, although it was far stronger back when normal people thought Trump wasn’t a complete and utter faggot. However, Daddy Trump Syndrome also exists, and is one of the most annoying things in existence. Seeing these annoying fags who were trying to get us to go along with the Blormph Grift crying about him losing was incredibly satisfying. 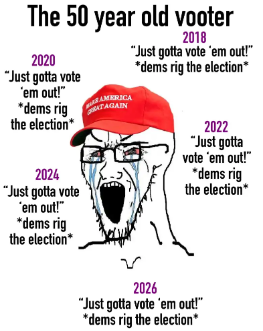 I love this meme. Perfectly encapsulates how idiotic the Republican/MAGA fags are.

Donald Trump has always been, to borrow from Eric Striker, a guy who excelled at starting fights and then running out the backdoor. By the end he was just there to serve up his own supporters as a punching bag. The most extreme example of this was Jan 6th. 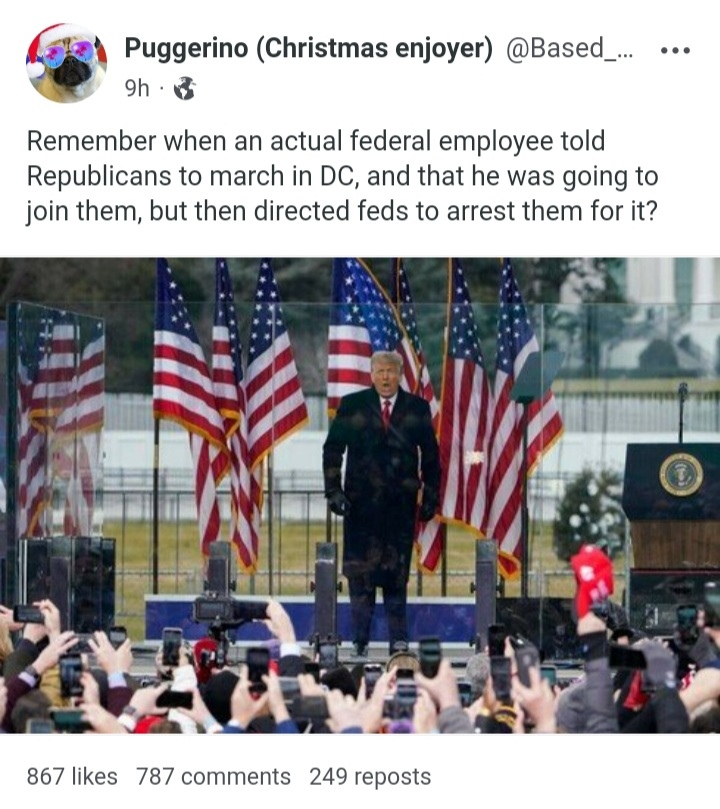 On a recent TDS episode they were talking about the Dave Chappelle SNL monologue. I focused on the Jew part, but his comments on Trump supporters was arguably even more subversive, from the perspective of the kosher-left live audience. Rather than attack his supporters as nasty, bigoted, horrible people, he pointed out that Trump went around saying the system was rigged, and had all his fellow (((Democracy Class))) fags saying that it wasn’t. But then eventually people figured out that he’s literally just saying “oh yeah, the system is rigged,” and then doing nothing, just like people eventually figured out when he said “why are we taking all these people from these shithole countries,” he was just sort of like saying that out loud. You’re not getting any policy here.

As Moike pointed out, that isn’t the kind of anti-Trump humour that shitlibs want to hear. It denies them the moral highground and doesn’t attack his supporters. He’s literally saying the opposite, which is that his supporters aren’t idiots, and the people who initially disliked him are just idiots who believe in a totally rigged system.

But you’ll also notice he goes back into that house. Ultimately, Blormph not doing anything for anyone was his undoing. Once you understand that he’s not your guy, suddenly it’s not so funny that he’s a retard who likes watching Gorillas fighting. Then the stupid personality becomes more annoying than anything else. 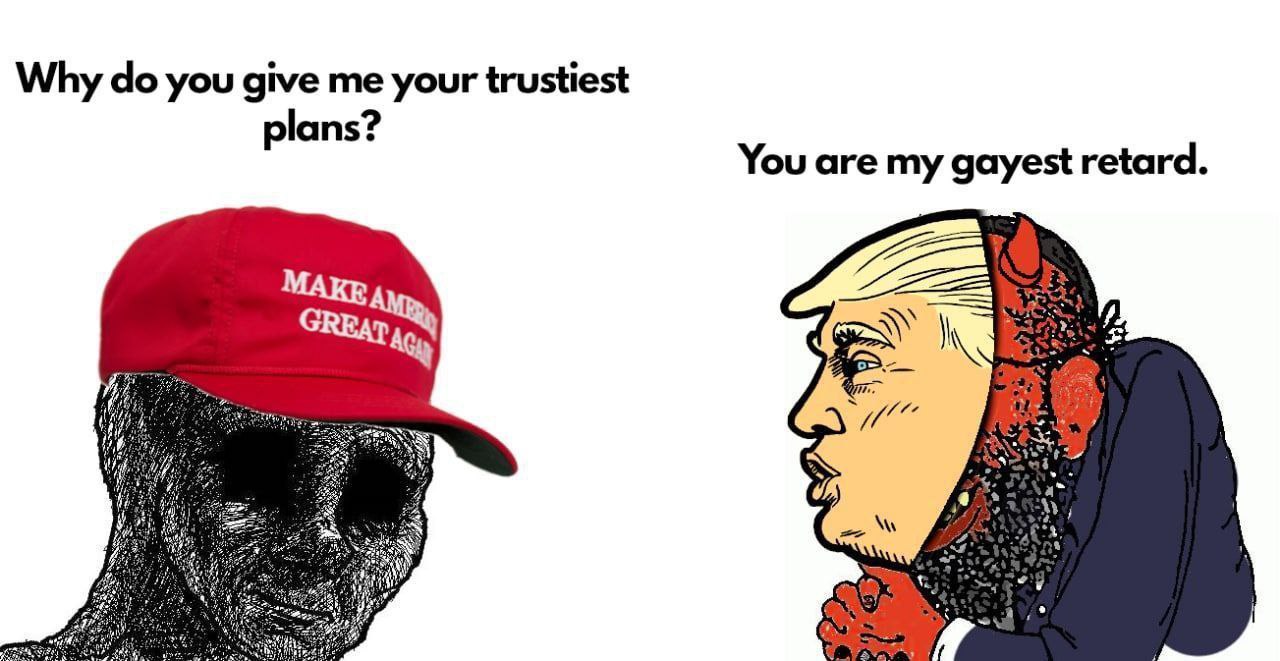 But it was one thing to not do anything for the common man. That was obvious with Blormph post 2018 midterms, when he campaigned on birthright citizenship before just… forgetting to do that entirely. There was an entire grifter network that set itself up surrounding Blormph that was lucrative for years. Milo Yiannopolous and Juan Fuentes are great examples, and they soaked the grift for as long as it could last. Long after it was obvious that Orange Fag was a fraud, they were attacking people who didn’t support the self-proclaimed King of Israel as “unserious wignats,” and “bad optics.” 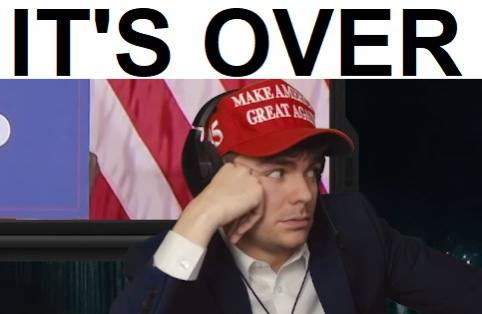 But it’s over now, well and truly. Trump is such a low energy faggot that the Rolling Stone, a hyper kosher-left propaganda rag, can’t even pretend to be angry at Blormph. Nobody cares anymore. He’s become so truly unpopular amongst normal people that the grift doesn’t hit like it used to. And besides, many of those grifters, like Milo and Fuentes, themselves got eventually censored, even if in Fuentes’ case it was years after everyone else. The money that used to be there in pretending that Trump isn’t a fraud is gone, so I expect his political career to die with a quiet whimper shortly. 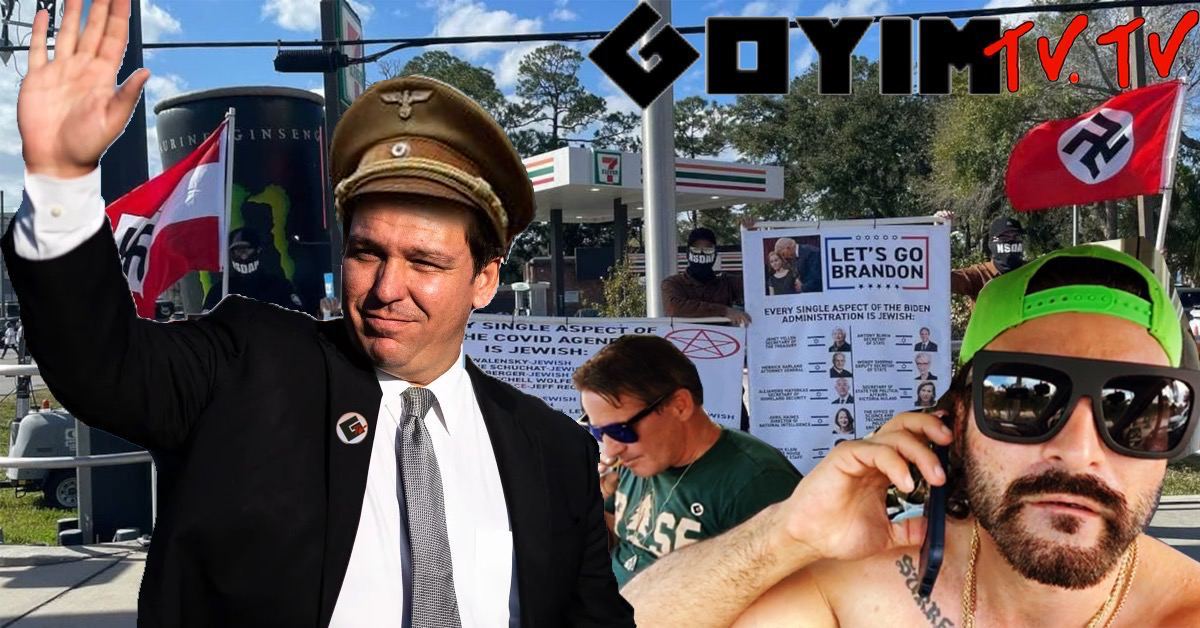 Then again, he’s running against Ron DeSantis so anything can happen. 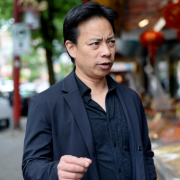