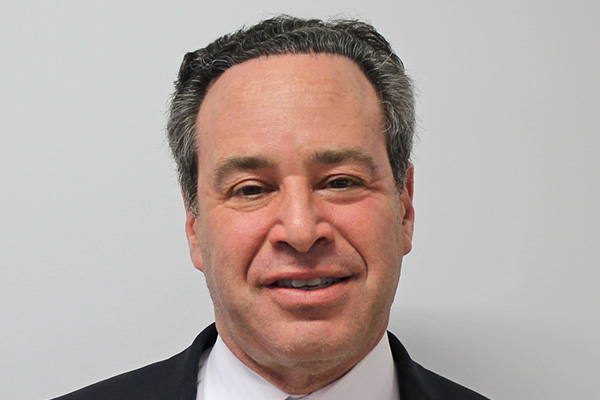 Elon Musk recently tweeted about requiring those with the Blue Checkmark Of David to pay $8/month.

Turns out he’s gone and done exactly that. 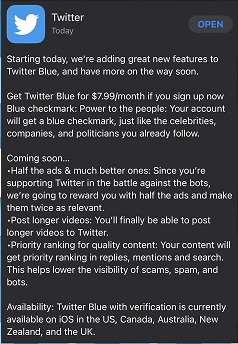 I’m not getting excited about anything going on with twitter until we get let back on. Yes, technically this site does have an account, but we’ve already got strikes for absolutely nothing, and we only have around 260 followers. I expect that as we get bigger we’ll face more targeted censorship.

However, if we get back on twitter the “share longer videos,” feature is actually exciting. That would allow us a very large market to publish videos to, and would serve much the purpose YouTube did back in 2016. Again, this site does have a YouTube channel, but we’ve already received two strikes, and that’s with plenty of self-censorship. Again, this is contingent on Elon Musk, a guy with a tranny son, finding the balls that there is no evidence that he has.

Well, it won’t cost you $20 per month as was previously rumored, but the new Twitter Blue price has been revealed in an update to the app on iOS. $7.99 is the cost that Twitter’s new ownership has decided on, and yes, it will get you a blue checkmark.

They don’t have to pay for the blue checkmark. They can go back to just… not having it anymore. And yet these Democracy Class faggots are absolutely assblasted over not being able to have their class signifier anymore.

“$20 a month to keep my blue check?” King tweeted Monday to his 6.9 million followers. “F**k that, they should pay me. If that gets instituted, I’m gone like Enron.”

One of the arguments that was floating around was the idea that the Blue Checkmark Of David was used to signify that an account was a legitimate account. This would make sense, since it was the original stated point of the blue checkmark. Except then it was denied to people in that halfway house between being completely censored and actual members of the privileged class.

Here’s a story from last year.

A week after giving another white supremacist a coveted blue checkmark, Twitter is taking new steps to address problems with its verification process.

The company, which previously paused its verification program following a backlash, said Wednesday it’s working on a new verification system, saying they “did not prioritize the work as we should have.”

It appears as if this is already taking effect. On Wednesday, Kessler and fellow alt-righter Richard Spencer both had their badges removed.

The Blue Checkmark Of David was correctly seen as a status symbol. It simply meant that you were a part of the club, and boy oh boy is the (((club))) ever mad that the peasants are getting let in.

Here’s (((David Frum))), a man who said, back in 2004, that Iran was a mere 12 to 18 months from getting weapons of mass destruction. He’s championed every mass murder campaign done by Israel’s Vassal. He was also a Never Trumper back in 2016, when people thought Trump was actually serious. He is the perfect representative of the (((Democracy Class))) scum, and his tweet above shows exactly why they’re mad. The Blue Checkmark is purely a signifier of the blessing of the Democracy Class, and just letting everyone who gets verified have them strips away a small amount of their illegitimate power.

I certainly hope so.

Bill Kristol, a fellow mass murder enthusiast, is also big mad. He thinks that “antisemitism,” is pornography. This is weird, because I’d bet my left nut he supports pornography on twitter, but not uppity goyim.

Luckily rock ribbed Republican Dinesh D’Souza is here to point the finger at the real culprits, those WOKE NAZIS. Someone needs to call up the ADL and get them to throw their weight around defeating these censorious natzees at twatter. I want the ADL to show up STAT. Will no one else save us from these woke natzees? Will no one else? Please ADL, you’re our only hope.

Anyway in better news, Mike Peinovich is currently back on twatter. 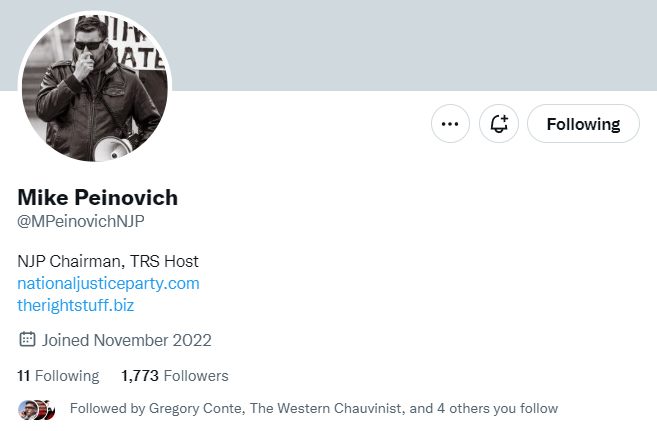 Hit up the chairperson (she/her) when you get a chance. 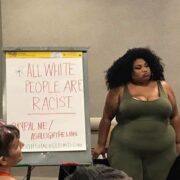 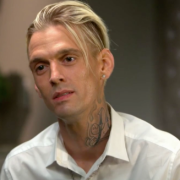