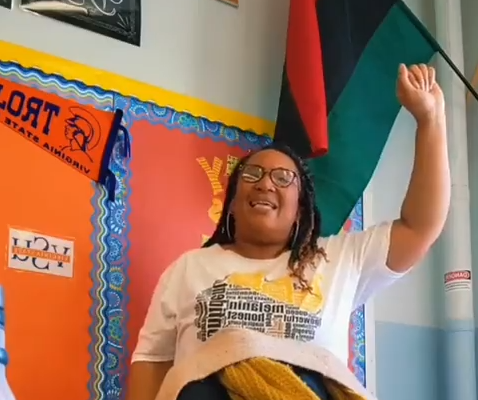 Typically, schools in the United States begin each day with the pledge of allegiance to the American flag. A patriotic symbol of our loyalty to America and a display of unity that everyone can be involved in.

But this teacher in Wisconsin decided to introduce six-year-old boys and girls, to the pledge of allegiance to the pan-African flag, a black nationalist symbol. 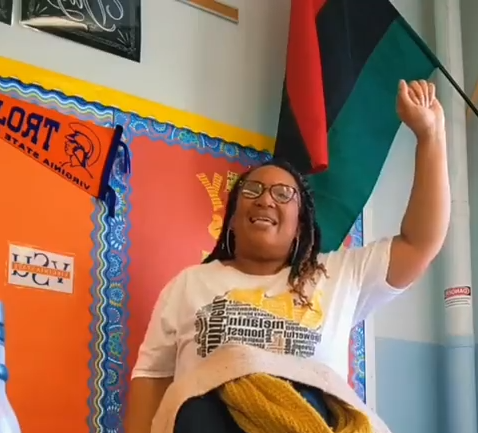 Who is this Wisconsin teacher? None of the articles I saw mentioned her name. I think she’s part of some “Afro-Immersion Program,” at a Milwaukee school, but I’m not sure either way. In any case it’s not really all that important.

In the video she says the following.

Face up. On the count of three. One. Two. Three.

I pledge allegiance to the flag of the Afro-American People. Under gawwwwwwd. I’ll protect freedom.

See peace. Honour our ancestors. And encourage and support the development and posterity of people of African descent. You may be seated.

If she’s in Milwaukee, that’s the same city that Darrell Brooks was from, and the same city that recently had pedophile Brett Blomme arrested for multiple counts of truly disturbing child sexual abuse material videos. To state the obvious, if some White teacher demanded that the students “support the development and posterity of White People,” these very same anti-White BLMers would be demanding their jobs.

Wisconsin may be fertile ground for the political activism in the near future, especially with Darrell Brooks being allowed to change his plea to insanity. 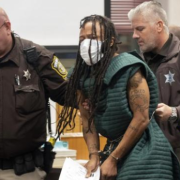 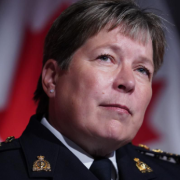