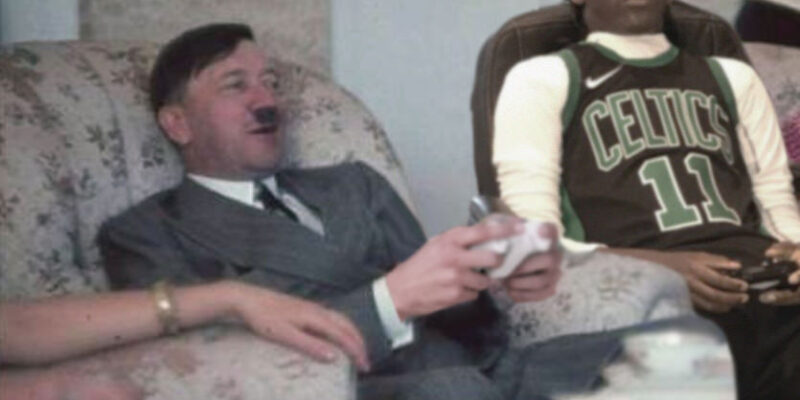 I finished my review of CJ Miller’s “In His Own Words: The Essential Speeches of Adolf Hitler,” around the time I got back from my Active Club trip in Southern Ontario. I realized that exhaustive reviews of the book chapter by chapter was taking too long, and I wanted to hit the highlights on my way to the end. The story of the NSDAP’s rise from six guys in a basement to unquestioned leaders of Germany ought to be turned into a billion dollar long form television show, but there’s only so much I can personally do with the time that I have. 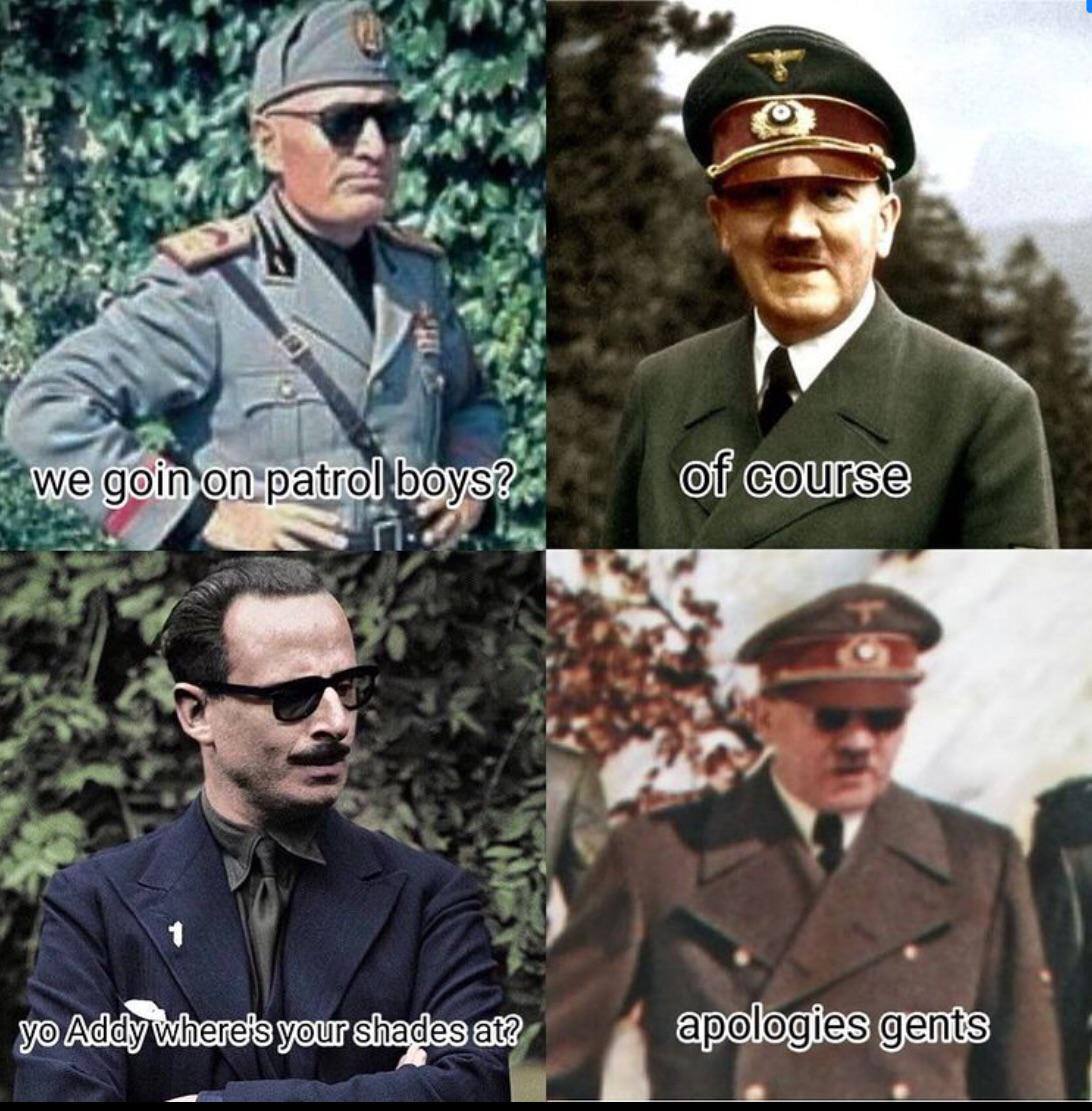 Still, there are a few odds and ends that I wanted to talk about. One of those is Hitler’s opinion on women in a political movement. You can find my opinion here, in a piece called “The Political Importance of Good Looking Pussy.” It’s partially satirical, and I wrote it in response to the “wahmens baaaaaad,” bloviation coming from the literal tranny porn enjoyers of the catboi cult. But the gist of my piece, that having women in your political movement is the surest sign of its health, especially cute women, was entirely serious. And if I could quote myself here:

That I have to explain this to people on the internet is a facepalm moment for me. Everybody in real life gets this, but then there’s this annoying little Cult of the Manlet that thinks that not having women in your political movement is a good thing. This faggot loser shit is so prevalent that there are some people who think that you need to defend having women in your political movement. You don’t. It’s good. You should do it more. 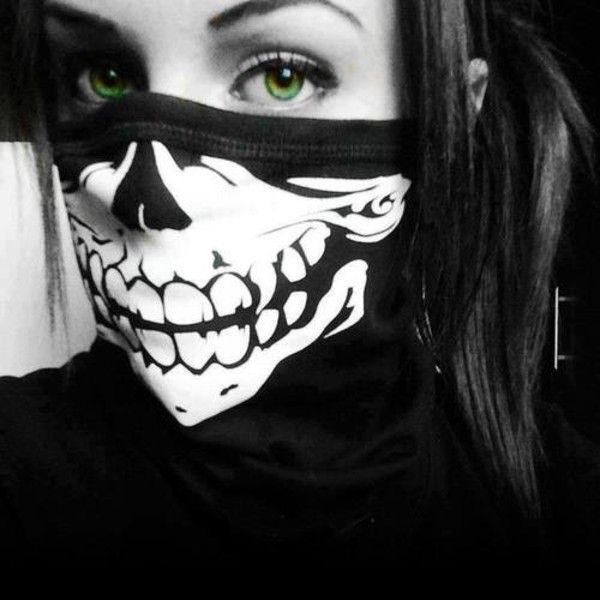 Sometime after that piece debuted in late May, some butthurt retard who calls himself $lave (no, really) wrote a little hitpiece on this great site of ours. I found responding to that to be pretty easy content, and didn’t think much more of it, especially because the guy had so many bizarre oddities about him that it would have been out of place to take seriously any arguments that he put forward. However, I’ll quote him attacking me now because he’s a solid representative of the Catboi Cult and their opinion on wahmens in politics.

The latter [piece by the DR] holding the worst take of all time within it. He argues that to have a successful movement you must appeal to hot women.

I think the more women apart of a political movement the greater it has a chance to fail, actually. Identity Europa? Girl leaks everything. Ashton Whitty? Leaks everything to Jared Holt. Lauren Southern? Leaks everything to Hope Not Hate. Most of those racist egirls ended up fucking non whites. Sorry if that’s news for you but women are evil.

Wahmens are evil goyim. Just take a look at this adorable little demoness. She’s probably smiling because she knows she’s about to destroy a very important political movement that currently only exists online, but will be running the world in a few short months. 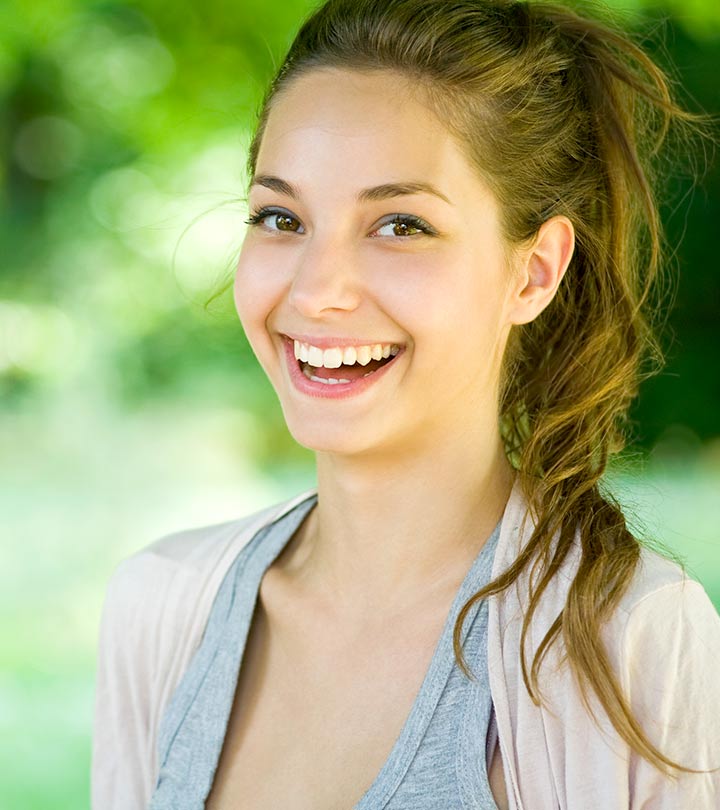 Do you remember when the army of short and hideous little manlets like Andrew Anglin all started defending Harvey Weinstein? Yeah, it was equal parts ridiculous, creepy, disturbing, and disingenuous. But one part of the methed up manlets screed stuck out in my mind. That little gremlin printed this quote from Arthur Schopenhauer, who was Hitler’s favourite philosopher.

The implication being that his opinion on the vagina-people was precisely what Hitler’s would have been. Therefore, at the end of this logic chain, us “marxist feminazis,” who were in the 99.9% of the world’s population who thought Harvey Weinstein is a disgusting rapist kikelord who got far less than he deserved all had to agree with him that jews raping goy women is really based. After all, that’s what Hitler would have wanted.

Here’s an actual quote from the man who is still too small to ride the big boy rides at Disneyland.

Then throughout the Middle Ages, women were viewed in these terms. Women’s sexual drive became associated with demonic possession.

Even in the enlightenment, this view was maintained. German idealist philosophers such as Friedrich Nietzsche and Arthur Schopenhauer wrote about women as if they were wild animals.

German idealist Arthur Schopenhauer, Adolf Hitler’s favorite philosopher, was “THE SCUM OF THE FUCKING EARTH” according to neo-Nazis, as he did not have sufficient respect for women. I dare say he probably didn’t even believe all women. 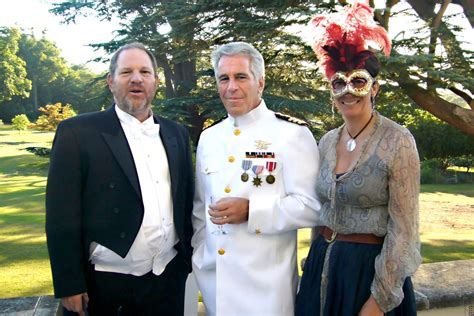 We will never know for sure what Adolf Hitler would have thought about Harvey Weinstein, the Mossad connected card carrying member of the ADL. It’s theoretically possible he would have been the sole man brave enough to stand up there and say “when jews rape White Women that’s great and jews should do it more.”

It’s also possible that there are invisible trolls that fly using the power of love and friendship who will all be revealing themselves on July 31st, 2058 in Salt Lake City, Utah, whereupon they will take over the world. I wouldn’t bet on it, but it could theoretically happen.

What we known for sure is what Hitler himself said in his speech refounding the NSDAP after he got out of prison in February 27th, 1925. Pay special attention to his commentary on the place of women in political movements.

I’m looking out at this crowd and I am absolutely sick to my stomach that there are still a few women in attendance. This disgusts me. Vaginas are yucky, and if a bunch of capitalist jews starting forcing German Women into prostitution that would be awesome and I would be Jews Number One Fan at that point.

I will heretofore endeavour tirelessly to make the NSDAP a safe space for penises, with No Girls Allowed. Women have never done anything good in this world, and are pretty much demonic. Gross! 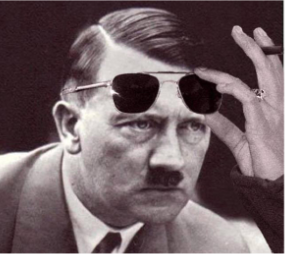 Just kidding. This is what he actually said.

It is not for nothing that you see so many women in our movement and here in this hall, even in a movement that has fought in the most masculine way. You see them here because the feeling of women is predominant, and correctly tells them this is about the future of our children and thus about the future of our Germanness. And then there is no more wavering, no faltering the next day when the next hot new book fabricates some scientific way of deconstructing it; no, the feeling is steady; it does not waver and it does not give way.

Believe me, a Dr. Heim may speak calmly of our “hysterical women,” but women once brought Christianity to the nations, and they will ultimately lead our movement to lasting victory. And wherever she was missing, not only the woman herself would be missing, but with her also the youth, and thus the future. Be sure of this: the movement that has the fewest women also has the least strength, which is why you will find only a few ladies in the Democratic Party, for example.

As an aside, he’s referring to a totally different Democratic Party than the US political party. 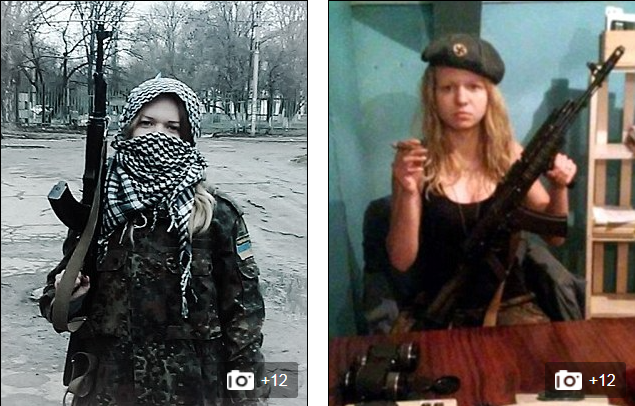 There’s also an entire chapter on the crucial role that women have to play within the party, but I think you get the point. I decided to write about this now because it highlights how relevant many of the things Adolf Hitler talked about were to our time and place. Yes, there are Weimar Republic peculiarities, but so many times when I read through that book I felt like Adolf Hitler had spent too much time on Telegram or Gab. 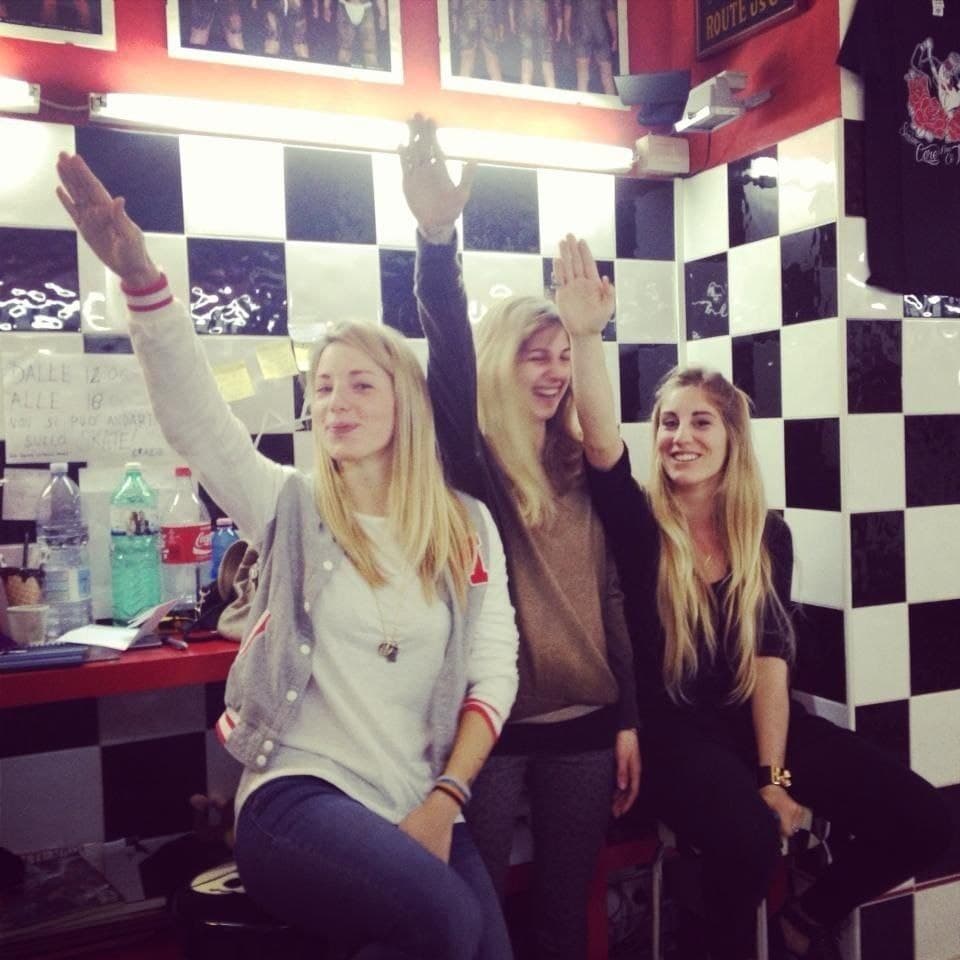 It’s amazing and yet so very familiar that there were dipshits even back then going on about how the natzees weren’t serious because they had too many wahmens in their ranks. And of course these people were the alt-lite wannabe conservative establishment types, who don’t do any real street activism anyway. It’s like Constantly Newspapering was the equivalent of Constantly Online back in the day. 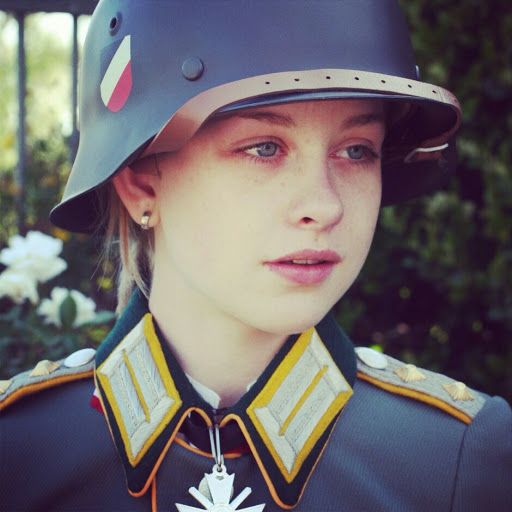 But this is the part of history that I’ve always liked the best. The part where you can see the familiar and even mundane or annoying aspects of existence repeated back in another place in another time. We’re not in the Weimar Republic, but there are many lessons to be learned from a political movement that faced massive state oppression and won anyway. Even aside from any direct lessons I consider Miller’s asides and Hitler’s speeches to be almost required reading for anyone at all interested in that time period. 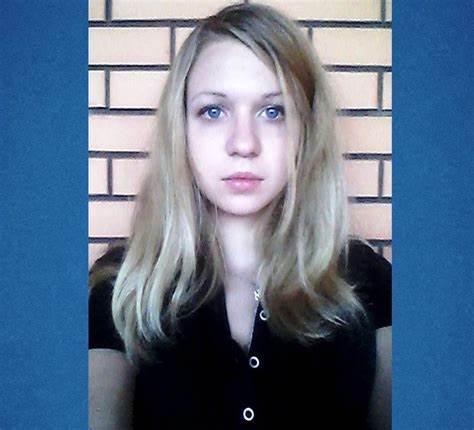 But most importantly, this topic gave me the opportunity to post more sexy girls, and I felt that this site was lacking in recent days. 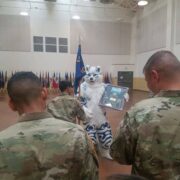 A. Nonymous on the CAF and its “Retention Problem” – Part 8: The CAF Post WW2 was Bad, Post Soviet Union it’s a Joke 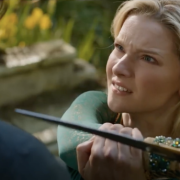 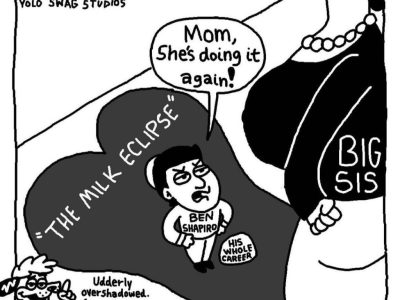